How to feed the world

Below, eight leaders in the fight against hunger offer up food crisis action plans, and long term ideas for how to end famine and bolster farming
Gordon Brown: Prime Minister, United Kingdom. 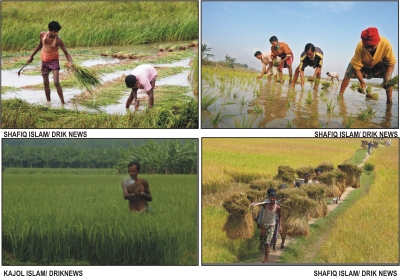 Every day, 25,000 people die from hunger-related causes. And when food accounts for more than half a poor family's spending, price rises can be truly devastating for millions living on the edge.
To find solutions to the short- and long-term problems these families face, I recently hosted a meeting of leading experts, scientists, food producers and retailers in Downing Street.
Already the UK has pledged £30 million of immediate support to countries hit hardest by food-price inflation, as well as an additional £25 million to boost incomes.
But what the world really needs is fully coordinated and committed action from the international community -- a worldwide response to this unfolding catastrophe.
Last month, Secretary General Ban Ki-moon announced a task force to address this at the highest levels of the United Nations, and the World Bank has also pledged support. These are important steps. And I have written to the chair of the G8, Prime Minister Yasuo Fukuda of Japan, asking him to work with the World Bank, the IMF and the UN to produce a plan.
We need an agricultural revolution to boost production in the poorest countries. And new research and support for high-yield and climate-resilient crops, as well as a review of bio-fuels to help us understand their impact on food prices and the environment.
We need to secure rapid IMF and World Bank help for countries suffering from the cost of food imports.
And by the time of the G8 in July, we must have a deal on trade that opens up rich-country markets and cuts subsidies, to help increase food production in poor countries.
We are close to a deal, but it will take real leadership from the G8, the UN, the EU, the World Bank and the IMF in the coming weeks to secure it.