WB failed to give graft evidence 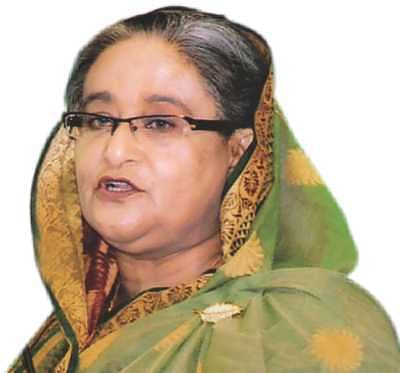 Prime Minister Sheikh Hasina yesterday said the World Bank could not present evidence for the graft allegations over the Padma bridge project.

Interviewed by Stephen Sackur for BBC HARDtalk, Hasina also said she would hold office again if her party and the people gave her a mandate.
The prime minister slammed the charging of high interest rates by Grameen Bank in its microcredit programme.

When Sackur said there was a “long struggle” between Hasina and opposition leader Khaleda Zia and so the best thing for Bangladesh was introducing a different political view, the PM only said, “If people want.”
Asked why a key minister [Syed Abul Hossain] had quit if there was no wrongdoing, Hasina said many had started accusing him of corruption. So, he resigned.
“He has done a brave thing. Had he been involved in this corruption, perhaps he would not have resigned.”
The Anti-Corruption Commission is investigating the matter and it asked the World Bank for all the documents. But the global lender denied sending those, she said.
“Now my question is why they denied? If they have substantial proof, why they denied to send all the papers and documents they have? They are not supplying; I personally want it.”
As Sackur pointed to a World Bank letter sent to the government outlining its “concerns”, she said the letter doesn't mean anything. “They should have proof with it. They could not provide any substantial proof with that letter. Just a letter cannot prove...”
Asked why she called Prof Yunus a “bloodsucker of the poor”, the PM said, “Did I mention his name? I didn't. I said someone. But why it occurred in your mind that it is him? Why?”
On the model built by Grameen Bank and Yunus, she said there should be an enquiry as to how many people have emerged from poverty because of the programme.
“Poverty reduction is done by my government. Within three years we reduced 10 percent poverty… So it is our government. And about this Grameen Bank, it is a government statutory body.”
She went on, “I am telling one thing. Taking interest 40 percent, 30 percent or 45 percent from these poor people -- is it fair? It is not. How can these poor people stand by themselves? If you lend money and take 35 to 45 percent interest, it's a shame.”
“And about this Grameen Bank, it is a government statutory body,” Hasina said, adding that she had not ousted Prof Yunus from Grameen Bank.
“He [Prof Yunus] himself did it. According to the Grameen Bank Law, MD can continue till the age of 60. How old he is? He is 71-year-old. His age did not permit him.”
Asked whether she believed that she had brought about changes in Bangladesh after a substantial election victory, the premier said already they have taken action plans.
“I do politics not only for political changes but also to ensure people's basic needs, fundamental right. I believe that only I can do it.”
Hasina, also president of the ruling Awami League, said her government amended the constitution to ensure the democratic rights of the people so that unconstitutional or authoritarian government could not come to power.
The prime minister sought more support from the world community, including those responsible for climate change and global warming as the people of Bangladesh will be the worst sufferers.
“We have adopted mitigation plan without waiting for foreign assistance. But they should come forward with necessary funds so that we can assist our people,” she said.