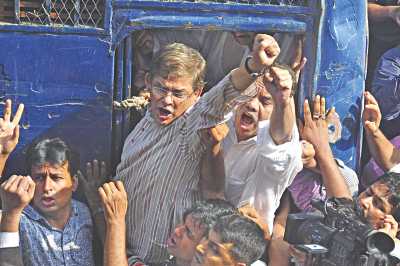 BNP acting secretary general Mirza Fakhrul Islam Alamgir and party leader AKM Fazlul Haque Milon chant anti-government slogans as they board the prison van from a Dhaka court yesterday. This is the first time so many top opposition leaders were sent to jail at once by a court.Photo: Anisur Rahman