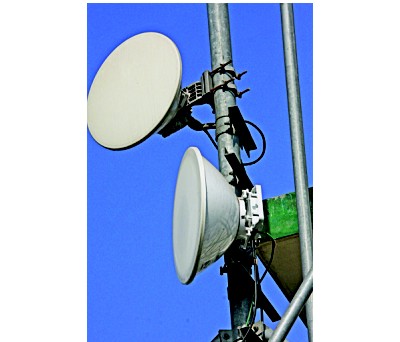 The mobile licence renewal drama has moved closer to denouement with the announcement that Grameenphone, Banglalink, Robi and Citycell will be charged Tk 150 crore (roughly $20 million) per MegaHertz (or unit) of spectrum. Based on the per-MHz charge only and assuming coupled spectrum, a larger operator using 20 MHz will pay Tk 3,000 crore ($400 million), while another using only 15 MHz will pay Tk 2,250 crore ($300 million).
The total that each mobile operator in Pakistan, a comparable market, paid for the current licences of 15 years duration was $291 million. The amount, inclusive of roughly 15 MHz of spectrum, was set by auction for the fourth and fifth mobile licences in 2004 and applied to subsequent licence renewals. All paid the same, a precondition of competition.
GSM = CDMA?
The secretary of the post and telecom ministry has stated that the same amount will be charged for frequencies in the three bands currently in use, GSM 900, GSM 1,800 and CDMA 800. Is this fair in the context of the “level playing field” needed for competitive markets?
Network and customer equipment that can be used in the GSM 900 and 1,800 bands are quite cheap, because of economies of scale. The GSM 900 propagation characteristics are “superior” to GSM 1,800 in terms of distance, making it more attractive in low-population-density rural areas. But in densely populated urban areas, GSM 1,800 has advantages. Therefore, most operators like a mix of frequencies from the two bands. Pricing frequencies in the two bands the same is thus not unreasonable. If late entrants were given frequencies only in the GSM 1,800 band, a minor, but tolerable, inequity has been created by equating prices.
In purely technical terms, the CDMA standard is superior to GSM, in that a national CDMA network can operate on 2.5 MHz, whereas an equivalent GSM network requires at least double that. But purely technical superiority is never enough. Given the massive worldwide market share of GSM, its equipment costs are likely to be lower. The decisions of Reliance and Tata, the original CDMA players in India, to add GSM to their repertoires, suggest that GSM may have the edge.
The sole CDMA operator among those up for renewal benefits from the decision to equalise spectrum charges because it can function with fewer frequencies than GSM operators.
“Market competition factor”
The post and telecom secretary has stated that the formula includes a yet-unspecified “market competition factor” that will cause an operator with a big subscriber base to pay more per MHz than a low-subscriber operator. He is quoted as saying “otherwise some of the operators will be affected and won't survive.”
Public policy must give priority to the consumer. Consumers are best served by competition, not the safeguarding of specific competitors. The secretary's rationale indicates laggard competitors are favoured over competition, and thereby over the consumer.
All mobile operators require spectrum to provide service. Spectrum alone is not enough. Additional investment in things like towers, billing systems, and backhaul are required. Innovations such as those that have made Bangladesh the country offering the lowest voice prices in the world are essential. Innovation and investment are driven by competition. The most efficient combination of spectrum, investment and innovation yields the greatest network coverage and attractive price and quality packages.
The ratio between investment in spectrum and in other facilities such as towers is not fixed. If spectrum is expensive, operators will economise on spectrum and invest more in towers and such. Perhaps the government has this in mind in introducing the “market competition factor,” formerly known as the “utilisation factor.”
An operator with a large customer base may use more spectrum than one with fewer customers. If efficient use of the scarce resource is desired, the government should look not just at spectrum use but at how many customers are supported per MHz. This would show that charging large operators higher per-MHz fees is not conducive to efficiency.
The efficiency-inducing incentive, if one is needed, is “slab pricing” of frequencies: first 5 MHz at “x” a MHz; next 5 MHz at “x+y” per MHz and so on. All operators, large and small, will be incented to economise on frequencies. Slab pricing will not tilt the playing field.
Will the proposed pricing formula cause the large operators to drop marginal customers, in order to reduce market share and thereby reduce the higher costs resulting from the “market competition factor”?
Mobile operators in Bangladesh are among the pioneers of the Budget Telecom Network (BTN) business model that has yielded the lowest prices for voice. The BTN model rests on minimising costs and squeezing as many minutes of use as possible onto the network. The parallel is the Budget airline model which depends on squeezing costs and filling more seats on every flight than conventional airlines.
The BTN model requires its proponents to focus on increasing revenue minutes, rather than on revenue per customer. Lower transaction costs of prepaid connections made attractive even customers whose monthly payments were miniscule.
The “market competition factor,” as presented, penalises operators with more customers. It creates a disincentive to add low-revenue customers and, indeed, an incentive to shed marginal customers. This is harmful to the poor, those currently connected as well as those wishing to be connected.
Market shares change over time, especially in intensely competitive markets. The above analysis indicated that the announced formula will cause big operators to drop marginal customers and reduce market share (not revenue share). In addition, the cost advantages now offered to small operators should cause them to increase their shares. Will the “market competition factor” be recalculated periodically in light of the enhanced fluidity of market shares?
These problems can be solved and a tragic denouement avoided. Eliminate the “market competition factor.” Market competition, and thereby the consumer, are best served by ending this drama now, freeing the players to commence a new and more productive drama: Digital Bangladesh.

Rohan Samarajiva is the chair and CEO of the regional think tank, LIRNEasia. He can be reached at rohan@lirneasia.net.