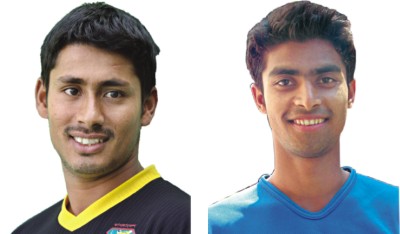 The axe finally fell on Mohammad Ashraful for poor form as national selectors announced a 13-member squad last night for the three-match one-day series against visiting England.
All focus was on Ashraful as it was not only the public sentiment but also the board members, most of whom were in favour of giving the out-of-form batsman a break in the upcoming home series and the Rafiqul Alam-led selection panel finally took the popular decision.
The selection committee announced the team last night but not before some drama as it was learnt that they submitted a 14-member squad. But the board finally approved the team omitting the name of batsman Rokibul Hasan.
Pacers Shahadat Hossain and Nazmul Hossain were the other players dropped from the last team that toured New Zealand while all-rounder Sohrawardi Shuvo was the only new face in the team. As expected Mashrafe Bin Mortaza was included in the side after he declared himself fully fit to make a comeback to international cricket after an eight-month break.
It was however Ashraful who had been under the spotlight for the last few days in selection debate as the selectors had been in a huge dilemma with the decision on the out-of-form batsman. But apparently it was the player himself who made the job easy for Rafiqul and company to make sure the heavyweight underachiever is thrown out of the team for the second time in his career.
"Ashraful himself wanted a break and we also felt that the pressure on him had increased to the extent that his confidence was at an all time low. We believe that a gap from international cricket would be of beneficial for him and he will come back strongly soon and do justice to his calibre," Rafiqul explained their reason behind the decision.
"Just think he was not even in a position to take the pressure of a practice match and that's why he had decided to play the National Cricket League instead of playing the warm-up game against England," said Rafiqul, whose selection panel came under huge criticism when they selected Ashraful for the New Zealand tour despite the batsman made a crime against India during the home series.
Rafiqul expressed satisfaction over the inclusion of the country's premier paceman Mashrafe. "He has played in the practice match today [Thursday, against England] and he has also been declared fit by his doctor. Someone like Mashrafe has got nothing to prove regarding ability and we have confidence in him. He is a big match player," said Rafiqul.
On the other hand he believed that the inclusion of Shuvo added depth to the team because he is not only a left-arm spinner but also a very useful late middle-order batsman.
"He [Shuvo] is a very capable cricketer and is in the team as a specialist left-arm spinner. He can also be a more-than-handy batsman in the middle- and lower-order batsman and is a top fielder. He is someone who has progressed step by step through the development system and has been a consistent performer at Academy and A Team levels over the years," he defended Shuvo's selection.
"Considering the condition and opponents we chose three pacers," said Rafiqul.
The chief selector said that pacers Nazmul Hossain and Shahadat Hossain were left out because of team combination while batsman Rokibul was dropped just for poor form.
Rafiqul however denied that they submitted a 14-member team.
SQUAD
Shakib Al Hasan (captain), Mushfiqur Rahim (vice-captain), Tamim Iqbal, Imrul Kayes, Zunaed Siddiqui, Aftab Ahmed, Mahmudullah Riyad, Nayeem Islam, Mashrafe Bin Mortaza, Abdur Razzak, Rubel Hossain, Shafiul Islam, Sohrawardi Shuvo.