Dhaka is home to countless churches, many of which have a glorious history behind them. This week the Star brings you a brief history of three of the oldest churches in the city.
Fayeka Zabeen Siddiqua 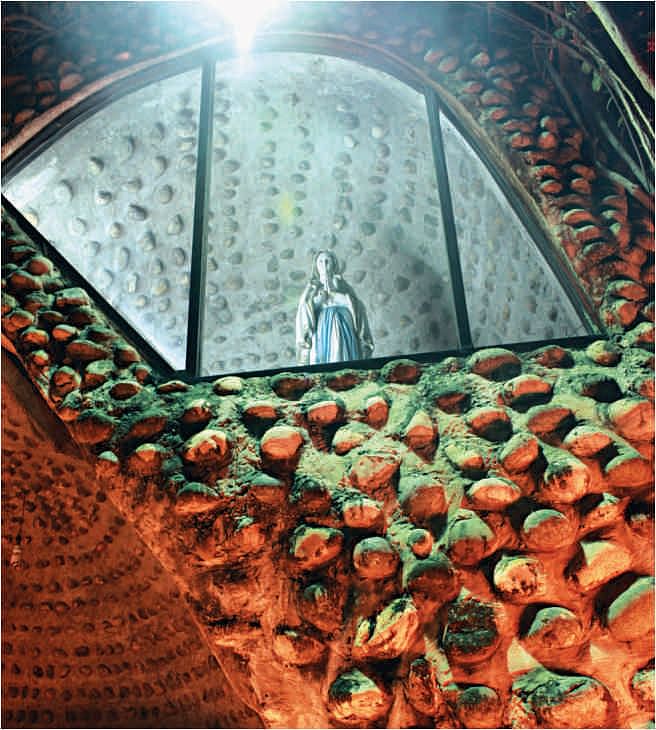 Do you know that our country, which has a predominantly Muslim population, owns a number of significant age-old structures built by the Catholic and Augustinian Missionaries and Portuguese traders? It is believed that Christianity arrived in Bangladesh during the 16th century holding the hands of the Portuguese traders and Catholic missionaries who built churches in various parts of the country including Dhaka. At present Bangladesh has a Christian population of around one  million where the Roman Catholics are around 40 percent and the different Protestant denominations namely Baptists, Anglicans, Lutheran, Pentecostals and Prebyterians, etc. are 60 percent of the total number. The country has a number of churches; interestingly many of these churches are the oldest standing buildings of their respective areas, first opened to worshippers more than three to four centuries back.

Tejgaon boasts of having the city's oldest church, The Church of Our Lady of the Holy Rosary. As the inscription on the west façade of the church suggests, it was built in 1677 by the Portuguese Augustinian missionaries. As the Mughal capital, Dhaka started flourishing in trade and commerce, which attracted many foreign traders. The city became the main centre for muslin trade that made Dutch, French, English, Armenian, and Greek traders flock to Dhaka for business purposes and for establishing their own trading houses. With the traders also came the Christian missionaries. Sixty-nine years after Dhaka was named as the Mughal capital by Subadar Islam Khan, a small chapel was set by the Portuguese Jesuit Missionary at Tejgaon, then a tiny suburb of Dhaka, to meet the increasing need of Christian community in 1677. With time and the growing need of the Christian community, the chapel was promoted as a church in 1714, and the structure was expanded to include an East wing in 1940.

After the Holy Rosary Church, the Armenian Church (also known as the Armenian Apostolic Church of the Holy Resurrection) is the oldest church in Dhaka serving the large Armenian communities, who were engaged in different trade and commerce in the Armenitola area of Old Dhaka, for almost three centuries starting from the 18th till early 20th centuries, informs Andrew Jenkins, a regular worshipper in the church. 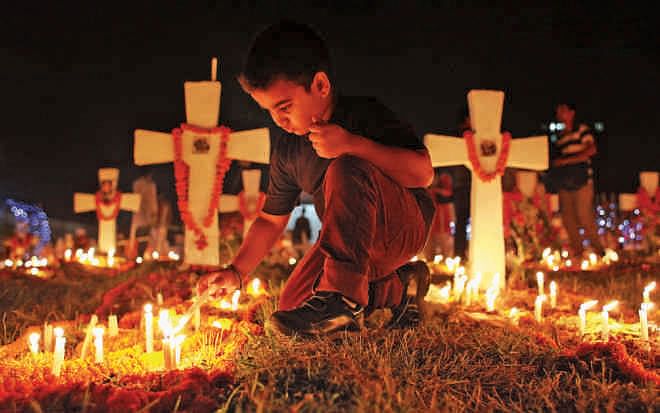 According to Jenkins, the church was built in 1781 on the site of an earlier chapel, which can still be found from some of the oldest tombstones situated in the church. The church was a result of the combined contribution of Agaminus Catachik, an Armenian who provided the land for the church and other Armenians who donated for its construction. The architecture has some Armenian features and also some contemporary Mughal features, such as the cusped arch between the sanctuary and the nave. The church has witnessed quite a few changes over the course of time, for example in the 50 years following the church's construction; a clock tower was founded on its western side which was destroyed by an earthquake in 1897. Armenians once played a prominent part in the jute trade in Dhaka, but very few reside in the country currently.  Today one of the last Armenians in Dhaka, Michael Joseph Martin, has become the church warden and takes cares of the church, which, we must admit, is in very good condition.

Although there have been a number of baptisms and burials at the Armenian Church in recent decades, the church has seen only one marriage celebration which was of Andrew and Jan Jenkins, who were living at the church parsonage back then, on May 12, 1979, informs Jenkins himself via email.

The Dhaka Baptist Church situated in Sadar Ghat shares a history of more than 150 years and is regarded as the oldest Baptist church in Dhaka.

“In 1816, when the church started with 22 members, it did not have any fancy looking church buildings,” says Rev Martin Adhikary, former pastor of Dhaka Baptist Church. 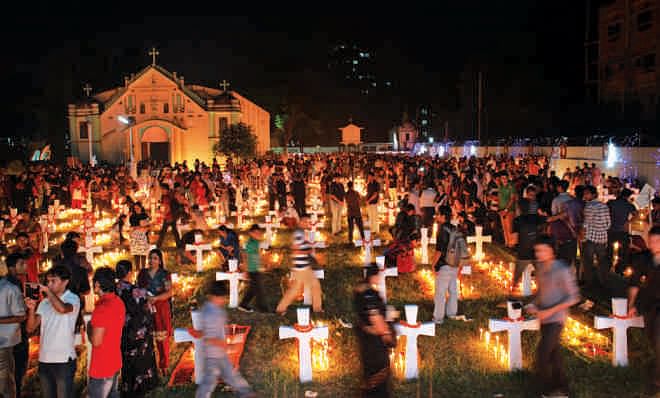 “The first Baptist missionaries were sent to Dhaka by the BMS missionaries in Serampore, West Bengal where the famous missionary Dr William Carey and two of his colleagues, William Ward and Joshua Marshman lived and worked. After arriving in Dhaka, the early missionaries conducted quite a number of schools for both boys and girls. During that period the missionary Pastor was Rev. Owen Leonard,” he continues.

Initially the missionaries used to live in different nooks of old Dhaka. Places like Choto Katara, Maya Katara, Chawk Bazar, and around the Ahsan Manzil by the river Buriganga were their home and worshipping grounds.  They worshipped with local Christians in those places and also at the present Baptist Church site, as a proper church house was yet to be constructed. While the members were mostly the European missionaries working with the Baptist Missionary Society in England and other parts of the world, gradually a large number of local people also started showing interest in becoming baptised believers.  Interestingly enough, one of the first groups to be baptized in Dhaka by these missionaries were a group of Jews.

“After conducting their activities in different scattered areas of Old Dhaka, the first church building was built at its present site (1-2, Liaquat Avenue, Sadar Ghat) on September 29, 1884. The original building was completely renovated by the present authorities of the church in 1995, thus giving it its present look while demolishing a few old buildings including the Regent's Park Hall and one of the old mission houses,” Adhikary adds.

At present the church has around 254 baptised believers. The church stands within the old Baptist Mission compound which also holds the pastors' (Purohit) quarter, hostel for college and university students and some staff quarters occupying about 3.5 bighas of land. Rev Own Leonard and his family's tombs can still be found in the old Baptist cemetery in Rankin Street, Wari.