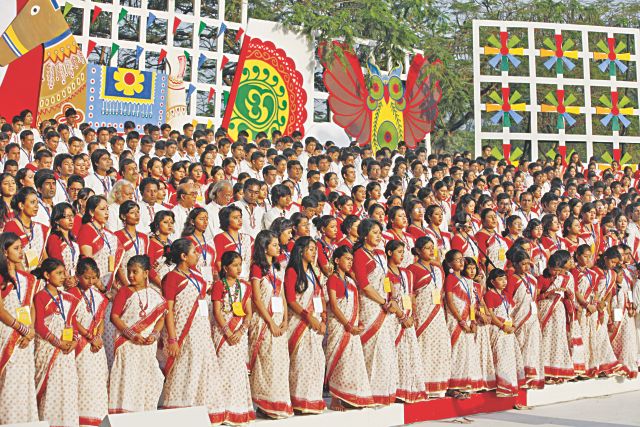 Nababarsha, the first day of the Bangla Shaal, is a momentous occasion in the life of each and every Bangladeshi. People in every nook and corner of our country celebrate Pahela Baishakh with fun and frolic, pleasure and gaiety, joy and happiness.It is a cruel irony of fate, however, that a few biased and narrow-minded Muslims look down upon the Nababarsha festival simply because they consider it to be a festival of non-Muslim origin. On the other hand, a group of ignorant and bigoted non-Muslims try to distort history and establish that the Bangla calendar was introduced by a non-Muslim king. Nothing can be farther from the truth. There is simply no shadow of doubt that the Bangla calendar was definitely introduced by the Muslims in this subcontinent. 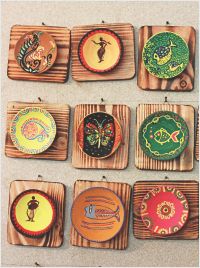 Pahela Baishakh or the Bangla New Year's Day, so warmly celebrated throughout the length and breadth of Bangladesh and in some adjoining states of India as well, however, originated not from our country but from an entirely different part of the subcontinent, more than a thousand miles away from Bangladesh. What is more, it was introduced not by any Bangalee but by an out and out non-Bengalee in whose grandfather's veins flowed the blood of both Genghis Khan and Tamerlane. Yes, what is popularly known as Bangla Shaal today (Shaal incidentally originates from the Persian word Saal which means “year”) saw the light of day through an ordinance promulgated by Akbar the Great, the renowned grandson of the legendary Mogul emperor Babar whose mother was a descendant of Genghis Khan and father a descendant of Tamerlane. It was to immortalize a momentous occasion, a critical juncture of history, that the Great Mogul introduced this new system of calendar. The new calendar was initially known as Tarikh-e-Elahi and it was introduced on the 10th or 11th March of 1584 AD (963 AH). Tarikh-e-Elahi, although introduced in 1584 AD, dates from the day of Akbar's ascension to the throne of Delhi and commemorates his coronation as the Emperor of India in 1556 AD.
It was no ordinary event. The Moguls had nearly lost the throne of Delhi for good. Akbar was not even an adult when the life of his father Humayun was cut short on the stairs of his own library. What is more, the mighty Hindu general Himu, the Commander-in-Chief of Islam Shah, conquered both Delhi and Agra and declared himself Raj Chakravarty. It seemed that the days of the Moguls were numbered and they would soon be driven out from the subcontinent for ever and a day. But the brave and indomitable Akbar rose to the occasion and faced the music with all the courage and conviction under the sun. With the able guidance and help of Bairam Khan, Abul Fath Jalaluddin Mohammed Akbar created history by defeating the 'invincible' army of Himu at the Second Battle of Panipat on the 5th of November, 1556. It was indeed a momentous occasion in the annals of history. It not only re-established the Moghul dynasty on the Indian soil but also ensured its continuance for many a year to come. As a result, the Moguls ruled over this subcontinent with glory and greatness for three hundred years. 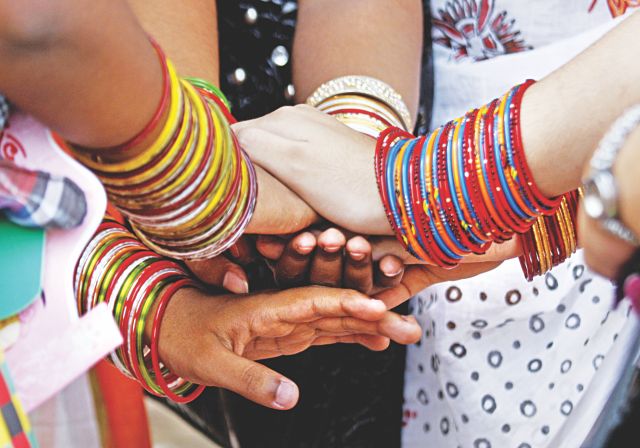 It was the greatest achievement in Akbar's chequered life and undoubtedly one of the most decisive events in the Mogul history. It was to glorify and immortalize this historic event and also to facilitate the collection of revenue during harvest in a more systematic way that the emperor Akbar introduced Tarikh-e-Elahi from the tenth of Rabi-ul-Awal in 963 AD. It may be mentioned in this connection that from the very beginning of his reign, Akbar felt the need of introducing a uniform, scientific, workable and acceptable system of calculating days and months through a reformed calendar. With this end in view, he commissioned Amir Fathullah Shirazi, a distinguished scientist and the most famous astronomer and astrologer of the day, to make a recommendation for the proposed changes. Abul Fazal, the renowned scholar and a minister of Akbar the Great, in his scholarly work Akbar Namah gives details of the events leading to the appointment of Amir Fathullah Shirazi and the introduction of the new era under the Royal Farman of Akbar.
Abul Fazal explains that the use of the Hegira (Hijri) Era was unfair to the peasantry, because 31 lunar years were equal to 30 solar years, and the revenue was collected on the lunar years whereas the harvest was dependent on the solar ones. Abul Fazl was right because the lunar years consist of 354 days and the solar years have 365 or 366 days. Thus there was a difference of 11 or 12 days between the lunar and the solar years.
The Farman (Royal Proclamation) ran as follows :
“In this dominion adorning time and auspicious epoch, when a cycle (Qarn) of the victorious session on throne of sovereignty has elapsed, and the good day of fortune has begun to smile, a world-obeyed Farman was issued to the effect that the governors of the Imperial dominions, and the other offices of state and finance, who in accordance of their degrees and positions, are recipients of the royal favours, should know as follows :
'Whereas the totality of His majesty's lofty intellect is engaged in contriving that all sorts and conditions of men – who are fearfully and wonderfully made – may pass their precious days which cannot be exchanged or replaced in cheerfulness…….
Meanwhile the great officers of the court have represented to us as follows : “It is not hidden from the Inspired Kind that the object of establishing an era is that the seasons of affairs and events may be known with ease' and no one has any occasion for alteration. Suppose, for example, someone makes a contract, or takes a favour or a loan, and the period of execution be 4 years, 4 months : unless the exact date of the beginning be known, it will be difficult, or rather impossible, to determine the date of completion. It is evident too that whenever an era has prevailed for a long time, the establishment of a new one opens the games of ease and prosperity for all mankind….
The repeated representation of this body of men, and a regard for their petitions, prevailed and were accepted, and an order was issued that the new year, which followed close on the year of accession, should be made the foundation of the Divine Era, and that the gates of joy and comfort should be opened…. 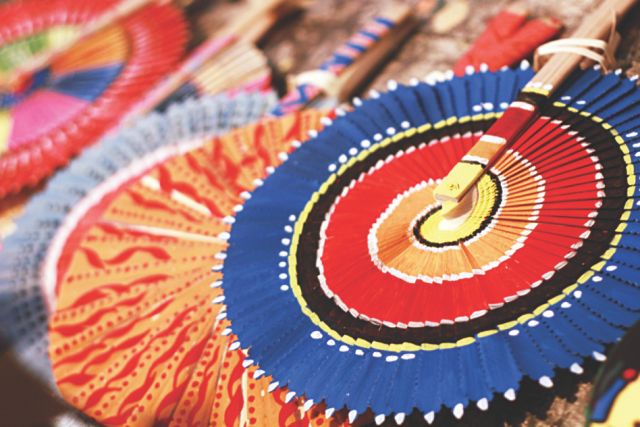