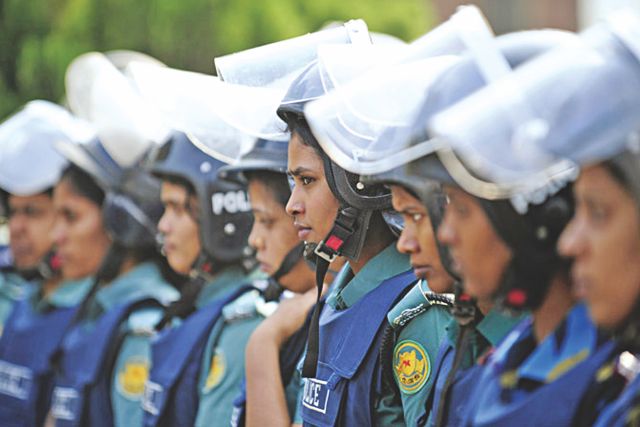 Small arms and light weapon (SA&LW) proliferation is a major source of instability in present world. The  unregulated spread of SA&LW has caused widespread devastation, led to the increasing virulence of international conflicts and have seriously affected law and order, which in turn has destabilized many  countries and regions.
In many parts of the globe, small arms, and not nuclear, biological or chemical weapons, are the principal source of threat to governments and their peoples. It is known that small arms casualties among women and children are significant both in conflict situations and in peace.
However, the vast majority of victims of gun violence are men (Gartner, 2000). A key insight arising from a concern for gender issues is that not only are their differences between women and men, but that there are also significant inequalities. Women tend to have fewer resources, often work longer hours, have more responsibilities (especially for families), and have less access to power and decision-making.
Furthermore, women's work, needs and capabilities are often overlooked and undervalued by international actors. A primary reflection of the unequal nature of the relationship between women and men is the global phenomenon of violence against women. The widespread availability of guns contributes to the fatality rate of domestic violence
Gender is very much significant to the discussion of small arms since a disproportionate percentage of the owners and users of small arms are men, both in conflict and non-conflict situations (Cukier, 2000). A gender analysis draws attention to people, and raises questions about who distributes, who owns, who uses, and who is killed and wounded by small arms. It is important to understand how communities are constructed and how different groups, including women and men, perceive their security situations. Women are targeted strategically both as the weaker and vulnerable section of the society and as the carrier of illicit trade of small arms and light weapons.
Numerous studies from countries around the world have documented how the presence of SA&LW can signiﬁcantly increase the chances of domestic violence resulting in fatality. For example, in the United States, research has shown that if there is a ﬁrearm in the house, the likelihood that intimate partner violence becomes lethal increases fivefold. In addition to being directly harmed by a gun, in many cases of domestic violence, guns are used to threaten an intimate partner.
For example, a survey of women victims reporting family violence in Brazil and Portugal showed that between 68.5% and 25% respectively of women said that they had been threatened with a gun.  From these statistics, it is clear that, the psychological trauma of small arms, as well as their actual disruption of social cohesion and family safety, often impacts women much more profoundly than men, given their roles in society and in the family.
The proliferation of small arms also exacerbates the threats of violence that women and girls experience in conﬂict situations. For example, in many conﬂict situations, SA&LW have been used to threaten women and communities to facilitate the perpetration of sexual violence. In some extreme cases, small arms have even been used as objects to directly perpetrate rape against both men and women.
In addition to the ways in which small arms and light weapons are used to directly harm women and girls, there are also indirect effects of arms proliferation in conﬂict and post-conﬂict situations. Women endure the long lasting effects of war as they often become the main providers of the household since their male relatives are most likely to get killed or injured by war and by gun violence. So, it needs to be seen in this broader societal context, in particular, women who are widowed due to gun violence face particular challenges. For example, Julia Knittel observes that in Nepal, “If you become a widow, you have no rights anymore. You're subject to abuse, you have no protection. If you have kids, you are on your own to take care of them because your relatives would not necessarily support you any longer. Without your husband you're not really considered a full person anymore.” 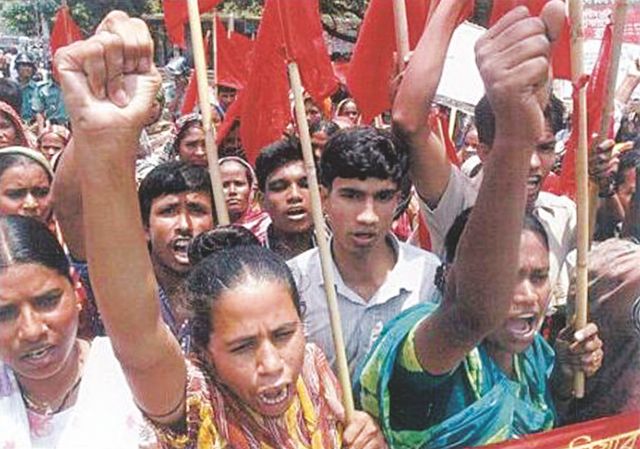 From negative points of view, women also play a role in supporting gun cultures and the masculinities that valorize the ownership and use of a gun. For instance, in Brazil and Jama-ica, many women gravitate toward gun-toting men for a sense of protection. Women also have a role as gun carriers themselves. This can take many forms. Where women do own small arms, there is often also a gendered division in the motivation behind the ownership. Men see guns as an extension of their power. Women see guns much more as a defensive mechanism. Women also participate as ﬁghters in armed forces, defying stereotypes of the docile female and challenging the association between guns, power and masculinity. For example, women made up about 40% of the 19,000 Maoist cadres of the Maoist guerrillas in Nepal.
Men, women, girls and boys have different perceptions of security and of what constitutes a threat to their security. Men are justiﬁed their possession of weapons by their sense of physical insecurity, with external security threats being the main worry. Women, on the other hand, perceived their family and neighbours as the sources of their insecurity. Men handed over their weapons when they felt secure and conﬁdent in the government. Women on the other hand did not report a change in their perception of security after the weapons collection programme, saying that the insecurity persists at local and domestic levels after weapons collection took place. This shows that while generally fewer guns often means more security for women, where arms control efforts focus on illegally possessed small arms, the legal possession of guns in the home can continue to be a source of insecurity for women.
There is a general conception that women do not have a great deal of knowledge about small arms and therefore do not have a place in control processes or planning and implementation. While it is clear from the reasons listed above that women's participation in small arms control and disarmament is critical, women face a number of challenges that serve to hinder their participation in this and other areas of peace and security. These challenges can be broken down into ﬁve main categories: i) challenges relating to women are situational positioning in patriarchal societies which hinders their abilities to participate in political affairs more generally; ii) exclusion from legislation and policies,  iii) cultural and religious practices that assign secondary or marginal roles to women which women have unfortunately internalised and believing that their role in society, is indeed, secondary and marginal;  lack of knowledge such as ﬁrearms transfers, ﬁrearms ownership, trade, stock management issues, ﬁrearms marking, and tracing mechanisms.; and iv) women's lack of economic empowerment and lack of resources in many situations also negatively impacts women's preparedness to engage effectively in security discussions.
More recently, gender has been raised as an important issue during Preparatory Committee meetings for the Arms Trade Treaty 2012. Integrating gender perspectives and understandings of violence into arms control work is necessary in conﬂict and non-conﬂict affected situations. Research has shown that women generally have more negative attitudes towards small arms than men and have shown greater levels of commitment to measures to reduce their misuse and proliferation. Giving women the space to participate in arms control and disarmament initiatives can help to democratise peace process (as women make up at least half of the population) and providing opportunities for different perspectives and ideas to be taken into account.

The writer is a Research Fellow of Bangladesh Institute of International and Strategic Studies (BIISS).
E-mail: sufia@biiss.org