Wari-Bateshwar one of earliest kingdoms

Suggests find of pre-Mauryan silver coins in the area
Emran Hossain, back from Narsingdi 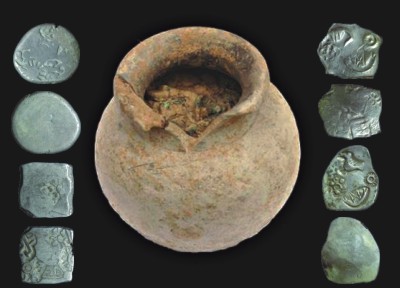 The coin hoard, unearthed by excavators from Wari-Bateshwar, containing silver punch-marked coin of Pre-Mauryan (right) and Mauryan (left) periods reveals that Wari-Batehswar was one of the Mahajanapadas in the Indian sub-continent.