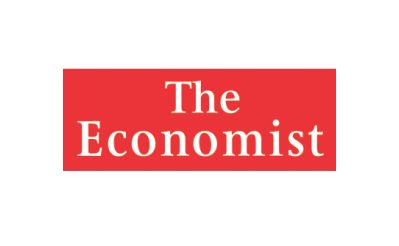 They are the biggest rallies in Bangladesh for at least two decades. Hundreds of thousands of protesters gather peacefully each day in Dhaka, demanding vengeance against a bearded political figure, Abdul Quader Mollah. Their numbers swell daily: ordinary people furious that, despite his conviction for dreadful crimes during the Liberation War in 1971, Mollah faces only a life sentence.
The rallies began on February 5 after online activists called for protests at Shahbagh, a busy intersection in central Dhaka. They want Mollah and others on trial to face the death penalty. He was convicted by the International Crimes Tribunal, a local court set up by the government of Sheikh Hasina to prosecute men, largely from an Islamic opposition party, accused of murder, torture, rape and other wartime atrocities. When, somewhat unexpectedly, Mollah was spared a death sentence, he was seen flicking supporters a V-for-victory sign. That smug gesture may have helped to provoke the outrage. Shahbagh has given its name to the protests, though some now dub it â€œnew generation roundaboutâ€, hinting at broad aspirations for political change. Families attend, with toddlers sporting bandannas bearing slogans that call for the death penalty. Television coverage helps to draw the crowds. The sight of young, otherwise progressive Bangladeshis seeking capital punishment, through music, street theatre, chants and recitals, is both moving and unsettling. Almost no one pays heed to known flaws in the trial.
Both the ruling Awami League and, belatedly, the main opposition BNP have fallen in with the protests. Senior politicians from the ruling party have attempted to co-opt the demonstrations, but their efforts to speak to the crowd were firmly rebuffed. Still, the League could get a boost. Sheikh Hasina honoured her promise to hold war-crimes trials. In parliament this week she also spoke up for the death penalty, saying that even impartial judges must listen to public opinion. Next, the parliament is expected today to amend the act behind the war-crimes court so that the government can appeal against verdicts. Mollah's reprieve may be short-lived.
Matters are trickier for the BNP, which dallied for eight days before joining the protesters. It had more to lose, in particular a useful electoral alliance with the biggest Islamist party, the Jamaat-e-Islami, whose leaders comprise most of those on trial. In the end, so many BNP supporters went off to join the Shahbagh protests that the party had no choice. Protesters say that their movement is a narrow one against political Islam: in favour of secular government, they want Jamaat banned. A rampage by Jamaat's violent youth wing has done nothing to damp down such calls. The government, which has already brought back an explicitly secular constitution from 1972, may soon feel ready to move.
Yet, as with any big protests, further political demands may emerge. The protests could become a plea for broad change. Few like a political system dominated by a long, bitter fight between a pair of self-serving dynasties, those of Sheikh Hasina and the BNP's Khaleda Zia, and their stave-wielding followers. If that duopoly were broken up, many at Shahbagh would celebrate.