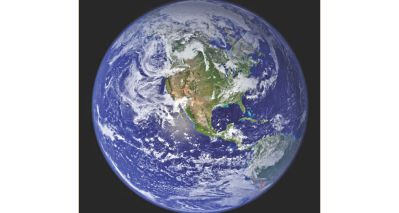 Conservatives are less likely to accept the reality of human-caused climate science when presented with supporting scientific evidence. But tell them that 99 out of 100 climate scientists agree on the subject, and conservatives will be more likely to accept that humans are altering the climate, according to a new pilot study.
The findings, presented today (Dec. 7) at the annual meeting of the American Geophysical Union, suggest that scientists shouldn't break out the graphs and tables when talking climate with conservatives. Instead, climate advocates should emphasize how much of the scientific community agrees on the subject.
Conservatives sceptical
In general, those with more conservative views tend to be more skeptical about climate change.
"People with very strong free-market support had very high skepticism of climate change," said John Cook, a cognitive psychology doctoral candidate at the University of Queensland. Such individuals also tend to distrust scientists and scientific processes such as peer review, he added.
But conservatives haven't always doubted climate change. Global warming only became a polarizing issue after the 1997 Kyoto Protocol negotiations, a United Nations treaty that set targets for countries to reduce their greenhouse gas emissions.
Since then, Republicans and Democrats have been sharply divided on the issue: a recent Pew Research Poll found that 85 percent of Democrats believe in climate change while less than half of Republicans do. And a study by the Union of Concerned Scientists found that conservative media outlets like FOX News and the Wall Street Journal routinely present misleading information on the state of climate science, while free-market organizations such as the Heartland Institute have planned anti-climate change educational programs.
But efforts to convince conservatives of the threat of global warming have mostly fallen flat. When scientists explain the evidence to conservatives, only 3 percent alter their positions, Cook told LiveScience.
Changing minds
Cook and his colleagues wanted to see what actually would change conservative minds. He asked a group of 225 people to fill out a survey, in which they rated their belief in human-caused climate change on a scale of 1 to 5. The survey also asked respondents to rate their belief in a free versus regulated market, as well as their distrust of climate scientists.
Cook identified those individuals with strong free-market beliefs as conservatives. (Past studies have shown that holding free-market beliefs correlates strongly with identifying as a Republican and with holding socially conservative views on gay marriage, abortion and other hot-button issues)
Then, one group read a statement presenting evidence for climate change, while others read statements emphasizing the scientific consensus. A third, control group got the original survey, but without any climate statements.
None of the statements moved the needle very much, on average, but those who waded through facts about climate change reported more skepticism than those who read no statements about climate change at all.
"The evidence group had a slight backfire effect," Cook said.
But those reading about the scientific consensus were more convinced about the reality of climate change than were controls.
Cook has no idea why conservatives should be moved by the consensus of scientists, whom they tend to distrust, but one possibility may be that conservatives place greater value on authority, on average, than do liberals.
"It's quite counter-intuitive and not what I expected," Cook said. He plans to investigate why this contradiction exists in follow-up studies.