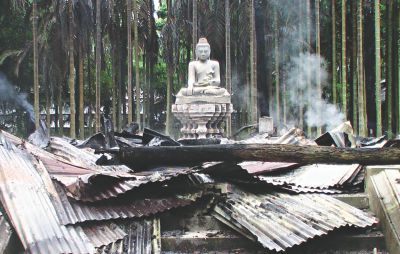 A statue of Lord Buddha is left standing amidst the ruins of a temple burnt down by a violent mob at Ramu upazila in Cox's Bazar early yesterday. Photo: Focus Bangla