Pakistan learnt no lesson from 1971 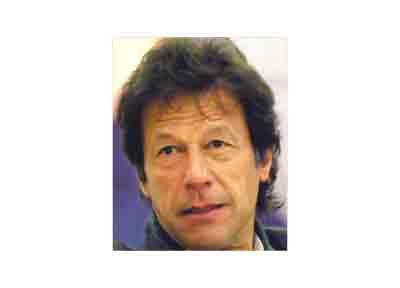 Pakistani politician and former cricketer Imran Khan said if the Pakistanis who committed crimes during the Liberation War of Bangladesh had been punished, the present scenario in Pakistan would have been different.
The Caravan, a Britain-based magazine, published an interview of Imran on its January issue. Imran told the magazine the events (Bangladesh's Liberation War) in 1971 provided a lesson about the rule of law.
"Had people been punished, we [Pakistan] would not be going through this again," said Imran.
The cricketer-turned politician told the magazine he had overhead instructions to kill Bengalis in 1971 when he was in Dhaka to play a cricket match.
He claimed he had been on the last flight out of Dhaka before the Pakistani army launched an assault on March 25, 1971.
"These ears heard people saying: 'Small and dark. Kill them. Teach them a lesson'," he said. "I heard it with my own ears."
Imran, who was on a cricket tour as an 18-year-old youngster, however did not identify who gave the instructions and to whom.
Now the leader of Pakistani political party Pakistan Tehreek-e-Insaf, Imran said he now hears similar instructions within Pakistan.
"It's exactly the same language which I hear this time," he said in the interview, adding that today it is Pashtuns who are ill-treated.
"In Pindi, in Lahore, in Karachi, they've been picked up and thrown into jail because they are Pashtun. This is a sad legacy."
According to media reports, around 30 to 35 million Pashtuns living in Afghanistan and Pakistan are the direct victims of the "war on terror" since 2001, when Pakistan became the partner of the USA in the “war on terror”. The media termed it "Pashtun genocide". Pashtuns want neither Taliban nor the army on their land.
The former cricketer believes if the Pakistani offenders of 1971 had been punished, the Pashtun would not be harassed in Pakistan today.
The magazine says until his visit to Dhaka in 1971, Imran had believed in the Pakistani state propaganda of the time, which painted the rebellion as the work of a few Indian-backed militants.
"That was the first time I realised that there was a separatist movement going on," he said. "We knew nothing about what was going on in East Pakistan."
Around three million people were killed and more than a quarter million women violated during the nine-month bloody Liberation War that started on March 26, 1971.
The Pakistani occupation forces launched a massacre on unarmed civilians at the night of March 25, 1971. More than 10 million people were displaced from the country and became refugees in India.
Thirty-nine years after independence, an International Crimes Tribunal was set up in 2010 to try the Bangladeshi war criminals, who not only opposed the Liberation War to foil the birth of Bangladesh but also actively helped Pakistani army to commit mass killings, genocide and other war crimes.
Seven accused Bangladeshi war criminals have so far been facing charges for crimes committed during the War.