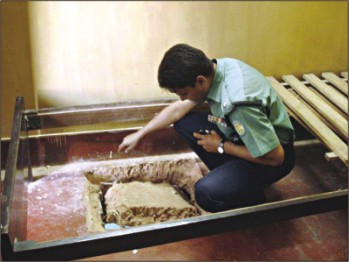 A policeman looks at the hole in the floor above Brac Bank Dhanmondi branch through which the robbers entered and swept clean 75 lockers of the bank.Photo: STAR