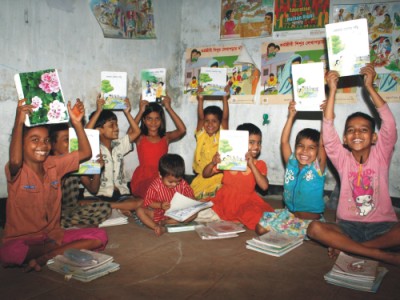 Make their future as bright as their smiles.Photo: A. M. Ahad/ Driknews