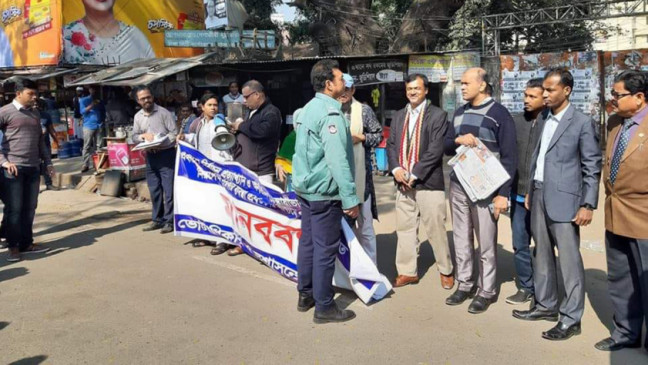 Around 40 to 50 people under the banner of ‘National Unity for Franchise and Good Governance’ formed a human chain around 11:00am demanding re-election under a neutral caretaker government, our staff correspondent reports from the spot.

However, police evicted the protesters soon after they gathered there and snatched their banner, said ABM Mostofa Amin, the convener of the platform.

“We cannot accept the kind of rigging that took place in the 11th parliamentary elections. We demand a fresh election be held under a non-partisan caretaker government immediately,” he said.

He alleged that police foiled their peaceful demonstration with a “logical demand”.

Police took no steps despite 2 arrest warrants against Shahed: Prosecution

CEC rules out any scope of re-election

Did police do enough to quell the New Market clashes?