Maulanas to monks: Why is our clergy angry and violent? | The Daily Star
Skip to main content
বাংলা T

Maulanas to monks: Why is our clergy angry and violent? 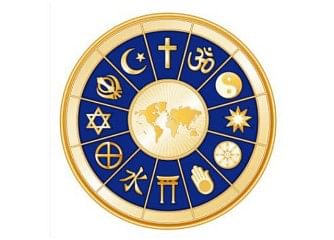 IT is also imperative to analyse why the Mullahs and Monks in our part of the world, though preach non-violence and advocate peace, spearhead some of the worst violent campaigns.

At the outset, for the purpose of this commentary, a distinction should be made in terms of the communal violence led by societal groups and political organisations, and those campaigns in which a section of clergy is involved.

Perhaps, some of us, especially the critics of religion and atheists would even argue that there is enough evidence in history to prove, that the religion has been a source of violent conflicts between people, nations and even civilizations. While the much critiqued Clash of Civilizations authored by Samuel Huntington would argue in a contemporary sense, the Crusades along with the wars and clashes during the era of Renaissance and Reformation would highlight, how we as civilizations have brutally fought amongst each other in the name of religion.

So an argument could be made, if we as a people have been fighting amongst each other in the name of religion, it is only logical to expect that the institutions of religion also get influenced and in turn influence the environment. The clergy, as an institution, irrespective of which religion they belong to, it could be argued in this case, are the product of a prevailing environment.

However, a deeper analysis of the history from the Crusades to Reformation era will also reveal that more than the clergies leading violence, it was the secular that exploited the clergy and other institutions of religion to be subservient to their political goals. The empires and kingdoms of medieval Europe exploited religion for political purposes, and in our own region jihad was used by raiders such as the Mohammads of Ghor and Ghazni for their political exploits.

An analysis of contemporary history of those regions where the clergy is leading a violent assault against the other communities Afghanistan, Pakistan, Sri Lanka and Myanmar, would reveal something in common. In all these societies, there is a serious crisis in secular leadership at the political level, compounded by bad governance. Worse, in some places, there is a complete absence of governance with no institutions that would address basic concerns and remedy grievances. From health institutions to legal mechanisms, even if they exist, they are corrupt and beyond the reach of poor.

Clearly, in our part of the world, especially where there is an absence and failure of secular and political leadership, the clergy being approachable by the common man is also burdened with a responsibility to provide an answer for his secular problems primarily the absence of governance. The growth of Taliban in Afghanistan can be analysed in this paradigm; though the critics of Pakistan would argue that the Taliban was a creation of Islamabad to achieve its strategic interests in Kabul, undoubtedly, Mullah Omar would not have become the Commander of Faithful, had there not been support for what he stood for within Afghanistan. Mullah Omar and his fellow Mullahs would not have got the wholehearted support of the Pashtuns in the 1990s, had there been an alternative political leadership.

What Afghanistan offered during that time was the brutal leadership under the Mujahideens, who were more of drug barons and war lords. With institutions and delivery mechanisms from schools to courts in shambles, the Mullahs became the alternative leadership. Similar trend could be observed in parts of Pakistan today; the absence of credible political leadership in Myanmar could be projected as a reason for the Monks to assume the local leadership role. While there may be a military dictator or an autocratic President with a powerful security institution, at the local level in villages, the clergy becomes important. Perhaps, this could be a reason for most of the violent reprisals led by the clergy have remained more rural than urban.

Granted, absence of credible political leadership and bad governance by default provide a role for the clergy in an under developed region, but what makes them violent? Two explanations could be provided as reasons the quality of clergy, and the socio-economic background they come from. Of course, these two explanations need a larger empirical research; unfortunately, they are based on preliminary interviews and common sense research.

There was a time, our clergy was well educated with a good exposure. From the Buddhist Councils before the Mauryan until the destruction of the Nalanda University in 12th century, the clergy once upon a time was well travelled, well exposed and better trained in theological discourses.

Alas! today, with the erection of political boundaries, today our clergy no more travels, as he used to. Nor does he engage in a healthy interaction with the State.

Another question, internal though, that needs to be analysed also is how orderly are the religious orders today? Is the right education being imparted to the new and young ones who aspire to become a clergy? This is not to make a judgment against every religious Order and School, but only to find an explanation to what has made a section of our clergy violent.

Finally, does the social-economic background from which they come to the multiple Seminaries play a role in influencing their behaviour, as they grow? Instead of influencing the society with their vision of peace and non-violence, do they become influenced by what is happening in their environment? A larger study is required to find out whether the social and economic background from which these clergies come from play a role in making them violent. True, this section may be small, but still large enough to make a substantial destruction.

It is also true that this commentary raises more questions than providing any answers. Perhaps, there is a need to engage in a larger debate to find out why our apostles of peace have become angels of destruction. None of us may want to see our men in robes to be influenced by hate and venom; primarily for a simple reason, that when our hearts get filled with hate, venom, sorrow and darkness, we turn towards them for our future. Instead, if they have to influence us with hatred and venom, there is no future for any of us. Is there?

The writer is Director, IPCS.