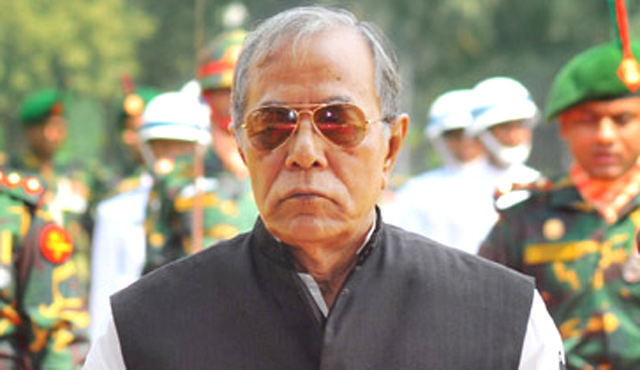 Abdul Hamid has been elected the 20th president of the country unopposed.

The newly elected president will take oath of office on Wednesday.

Acting Speaker Shawkat Ali will administer the oath to Hamid at 7:30pm, said sources at the speaker's office.

The election office made the announcement Monday morning, a day after the Speaker of House received nomination by the ruling Awami League for the presidential race.

Hamid has been elected as the president amid high expectation that he would play a vital role in overcoming the growing political crisis centring the next parliamentary election.

Hamid is the second Speaker to become head of state — an elevation from the state’s number three position to number one.

His predecessor Abdur Rahman Biswas was also elected president when he was the Speaker in the fifth parliament in 1991.

After Hamid’s election to the presidency, the office of Speaker fell vacant and the House would need to elect a new Speaker in the current session.

Hamid became the acting president on March 14 after late president Zillur Rahman fell sick and was flown to Singapore for treatment. Zillur passed away in Singapore on March 20.