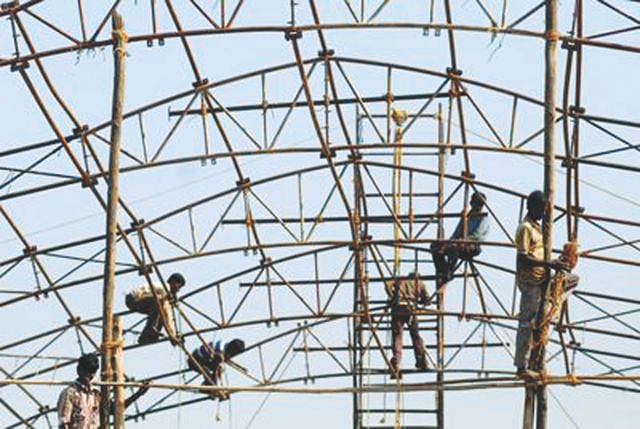 Trade with India represents a big prize for the United States because of the size and strength of the Indian economy, but there are still challenges for US companies doing business in India.
The United States can address these challenges by adopting a multi-pronged strategy for solving trade conflicts and maximising the underlying potential of the bilateral trade relationship.
The Indian economy's figures are convincing. India has had 30 years of 6.5 per cent growth, and 8.5 per cent growth in the last decade. In 2012, the Indian economy became the third largest (measured purchasing power parity dollars), surpassing Japan and now only behind China and the United States. Its trade in goods and services is worth about US$1 billion. Its US$4.7 trillion economy is forecasted to double every 710 years and its US$1 trillion dollar trade figure is forecasted to double every seven years. India will need an investment of over US$1 trillion dollars in infrastructure, natural gas and services, and in all of these areas the United States has a comparative advantage as a supplier.
In the last decade, US exports of goods to India increased by around 700 per cent. Exports of services have doubled in the last four years, US FDI has increased from US$200 million to US$6 billion, and USIndia trade is balanced trade. This minimises the scope for macroeconomic and currency-related tensions that the United States has experienced with other countries.
India has had recent macroeconomic troubles but it is still opening up to the outside world. FDI regulation has been dramatically liberalised, and foreign financial investors now have much greater access to Indian equities, corporate and government bonds, and debt and foreign exchange. These changes are the result of a bipartisan domestic consensus that there are no alternatives to openness and globalisation.
But US businesses still face three challenges.
First, sectoral protectionism in India has re-surfaced through localisation. This protectionism favours domestic providers of inputs and equipment over foreign providers. It is a result of India's desire to create a manufacturing base for robust employment. Protectionism is not the best policy to achieve this goal, but it is politically difficult to implement better policies in this area. Moreover, India has caught the Chinese bug  it is inducing foreign investors to indigenise and localise.
Second, India has a weak and uncertain regulatory and tax environment that affects the civil nuclear industry, infrastructure, pharmaceuticals and, more broadly, foreign multinationals.
Third, American firms looking to invest in India face an implicit but substantial disadvantage. India has signed (or is about to sign) free trade and economic partnership agreements with its largest trading partners, which are all major competitors to the United States: Europe, Japan, Singapore, ASEAN and possibly ASEAN+6 and Canada. Soon, if not already, this discrimination may be the biggest challenge for US business. Because India's barriers are high and the market is large and growing, this disadvantage to American companies could be substantial.
The United States can address these challenges by adopting three tactics.
First, the United States should use the WTO for resolving conflict. This is especially true in cases where Indian policies are out of line with global norms, and there is no better way of assessing their claims than getting independent adjudication. The WTO is a particularly effective tool because India has an excellent record of compliance with WTO rulings against it. For example, after a US-initiated WTO dispute panel found that India's broad quantitative restrictions on consumer goods violated WTO rules, India launched one of its most sweeping trade reforms.
Second, US business must adapt to the Indian environment. India's regulatory environment needs to improve substantially, but this will not happen any time soon. US business must learn to navigate an Indian market where there will be some irreducible messiness on rule of law and legal certainty. If it does not, it risks losing out to firms from other countries in what is one of the world's largest and most dynamic markets.
Third, there needs to be a broad and strategic framework for USIndia trade relations. This kind of framework will address the small problems, as well as the big ones. A broad and strategic framework is necessary because of the deep commonality between the two great democracies. It can reverse the disadvantage that each country is inflicting on the other. The USIndia relationship also has a key role to play in revitalising the multilateral trading system by moving beyond a Doha Round to a possible China Round. This would be a way of keeping China tethered to the multilateral system that has served the world so well.
There is a lot of potential to deepen USIndia trade relations. The United States can meet the challenges it faces in India by taking a strategic approach to solving the problems which still remain.

The writer is Senior Fellow at the Peterson Institute for International Economics and Senior Fellow at the Center for Global Development.
This is an abridged version of a testimony before the Ways and Means Committee of the United States Congress hearing on 'USIndia trade relations' given on 13 March 2013.
©East Asia Forum. All rights reserved. Reprinted by arrangement.