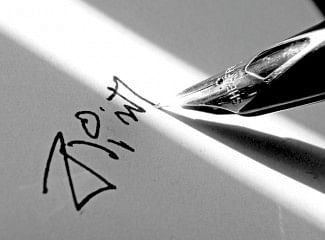 The richest and the most outstanding Language Family in the world is the Indo-European (IE). A large number of people of Europe, Middle East and even the Southeast Asia use the different branches of this Language Family. Indo-Aryan (IA) is one of the most remarkable branches of IE. A great number of languages in India, Bangladesh and Nepal have been originated from the IA. Bangla language through its evolution and the shipment has crystallised about one thousand years ago. The origin and development of Bangla language has been studied and discussed by a group of linguists, Sir George Abraham Grierson, Sunitikumar Chaterjee and Muhammad Shahidullah are very noted among them. They all agreed that Bangla language has originated within 9th – 12th century AD. The Bangla language, Assamese, Oria, Maithili and Hindi have originated within this span of time. We have passed thousands of years, since the origin of Bangla language. In the course of time various linguistic changes have been occurred in Bangla.

Bangla is now the State Language of the People's Republic of Bangladesh and about 300 million people use this language around the world. According to mother tongue ranking its position is fifth in the world.
Every living language of the world has gone through different changes in course of time. The Bangla language is no exception to that. The linguists of today do not agree that these changes occurred in all languages in the same manner. As the change of sounds occurs because of the ease of articulation (e.g. Hashpatal of Bangla language from the English word Hospital, Box>Bakhsho etc), in that way because of social, cultural & political reasons words and the meaning of the words also alters. Even so, the old words are replaced by new words, this also happens in the case of Bangla language. Until the 19th century, the Bangla language was deemed to be an integral part of Sanskrit that had originated from the Aryan language. Bangla as a language has undergone many changes over the past many centuries and evolved as a crossbreed language. For this evolution, we had to wait until the 20th century. Because of the effort and inclination to link Bangla Language with the elements of Aryan origin, the actual identity of the language remained unexpressed and subdued for a long time. Rabindranath Tagore, Suniti Kumar, Shahidullah, Sukumar Sen and many others had intensely analysed the origin of Bangla language, its evolution and identity.
Over last fifty years, although this language has not changed to that extent, structurally no language can be confined to a frontier in the globalised world of the 21st century. The recent phenomenon is that all consumer goods including luxury ones from multinational companies have spread all over the world by dint of technological advancements and new innovations. In this globalised and polarised era, brand items like America's Gillette Razor and Germany's Head & Shoulders Shampoo have grabbed the markets of the remotest villages of Bangladesh owing to the concept of free market economy. Like these consumer goods, words and expressions from other languages have entered into other languages facing no resistance. As such these elements lose their regional appeal within a short period of time and then open out itself to the universal use. This has been possible because of burgeoning growth of ICT all over the world. At the same time we found the influence of the Sky culture and electronic media especially private TV Chanel and FM radio, it affects our Bangla language particularly young educated people of metropolitan areas. They use the Bangla language with a particular style which I called Dejuce-Bangla. They mixed-up the English and Hindi world in a Bangla sentence and they changed the pronunciation pattern of traditional Bangla. Formal verb, pronoun and preposition have been contracted in the present form of Bangla language. For example: Koritechi>Korchi Tahader>Tader etc. (This is also an example of Dejuce Bangla)
At present, the practice of translation of a word from one language to another one has become outmoded; for instance, the equivalent term of Chemistry had been Rasayon in Bangla. In the present day world, new technology-related words have been acceptable more than anything else. As a result, no language and its rules and regulations can be confined to the four-walls. Therefore, this write-up tries to look at the present identity and features of Bangla language, when the ancient literary symbol of Bangla literature Charyapada was written, most of the Tatshama words denoted from Sanskrit language were found in it.
After 300 years the change that took place is the social & political history of Bangla, influenced the Bangla language too. At this period (mainly in 13th century) Bangladesh was under Turkish-Mogul power. For that reason influence and dominance of Sanskrit words is Bangla language was reduced & the appearance of Arabic & Persian words were noticed. During the 500-year reign of Mogul-Turkish power, in the Mid Bangla language the usage of Persian-Arabic words were noted 10-20%. On the other hand the percentage of words deriving from Sanskrit language was reduced. Although in the literary symbol of old period Shrikrisnakirtana , 6 Arabic & Persian words were traced, but in the Bangla literature starting from 16th century, the use of the Arabic and Persian words was increased. The evolution of the Bangla language in the middle stage is regarded as the second stage. Because of the reign of ruler, not only the vocabulary was enriched; there was also influence on the grammar. Persian suffixes & participle started to get used in Bangla language.
The third stage of the evolution of Bangla language was noted from the 18th century. The East Indian Company came for trading and business purpose in India and within a short period of time, they established themselves as the rulers from being just merchants. As the foundation of British power in Bengal was getting stronger, the use of English words, phrase and corrupted English vocabulary entered into Bangla language. Moreover, from the beginning of the 19th century, in the textbooks taught in the Fort William College, the influence of English sentences was noticed.
Before 19th century, only poetry was written in Bangla language. Besides letters, deeds and documents were present in prose form, but on a limited scale. If we notice the examples of Bangla language of Old and middle stage, we will see the prominent use if Prakrata language than the Sanskrit.
Here we have tried to show the evolution of Bangla language and its current position by presenting the percentage of various vocabulary used in different stages of Bangla language with the help of statistical data's from the Bangla phrase and lexicon of 19th and 20th century.
The statistical report of the average use of words applied in the various volumes of Ishwarchandra Vidiyasagar (1820-1891) since the time of publication from 1847 to 1892 is shown in the following (See Navendu Sen; 1990: 85).

Suniti Kumar from the 1916 publication of the Bangla language dictionary compiled by Ganendromohon, shows the percentage of added words in the following order ( ODBL: 218)

Dr. Muhammad Enamul Haq in 1952 has shown in the following the percentage of vocabulary used in the writing of Rabindranath, Sharat Chandra, and Jasim Uddin.

Letters, deeds, documents were also created through language like creative literatures. For that if the language underwent changes as process of the language evolution, the change was also reflected on the languages. In present Bangla language the percentage of English word is more than ten and day by day it's increasing.
The language does not change itself. Men change the language themselves. But the change does not happen all at a time or overnight. The smaller units of language get transformed for various incidents through the passage of time. And this transformation cannot be recognized and realised only by the language users of one generation. "Languages are spoken by people for purpose of communication. Consequently, speakers change languages, although this is not to say that they are necessarily conscious of doing so, or that they intend to make changes. Indeed, the history of any language, from a sociolinguistic point of view, is the story of an unbroken chain of generation speakers, all able to communicate with their parents and children while perhaps noticing minor differences inter-generational usage, and all believing they speak the same language" (April, Mcmahon; 1995; 8). Similar comments are applicable to Bangla language as well as Bengali speakers.
Besides letters, newspapers keep us informed about the day-to-day developments of the world. The languages used in the newspapers are very close to the colloquial language. It is relevant to mention that the readers of the newspapers range from educated to less educated persons. Newspapers and magazines that deem to be the mirror of society reflect the day-to-day life and harsh reality. In order to get a clear picture about the present form of daily news, more than a thousand years have passed since the creation of Bangla language. After going through a lot of changes, this language has made its own mark in the 21st century. In addition, because of enormous struggle and sacrifice in 1952, this language has obtained the status of International Mother Language Day on February 21, which is one of the memorable days for those who speak in Bangla. But at the same time it is also true that the characteristics (linguistic) of the contemporary Bangla language change a lot. If we love our Bangla language we should respect and need to develop the consciousness regarding use of mother tongue.

The writer is Professor, Dept. of Linguistics, University of Dhaka.