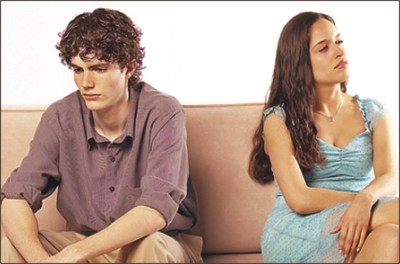 Childlessness may be a tragedy for the married couple and a of marital upset, personal unhappiness and ill health. Infertility often plays a major role in breaking the marital bridge and important cause of separation between partners.
According to the experts, infertility is considered when a couple is unable to achieve conception after one year of unprotected coitus. If you have been trying to conceive for more than a year, there is a chance that something may be interfering with your efforts to have a child.
Infertility may be due to a single cause in either you or your partner or a combination of factors that may prevent a pregnancy from occurring or continuing.
In any series of infertile marriage, the main etiological factor is found in the female in about 40 percent of cases; about 35 percent of the husbands concerned have some degree of infertility. In 10-20 per cent of cases a combination of factors operates and rest has unexplained infertility.
In majority of cases female infertility is due to the obstruction in fallopian tube, loss of motility of tube, polycystic ovarian syndrome diabetes, thyroid disorder etc. Whereas in case of male, factor implies a lack of sufficient numbers of competent sperm, resulting in failure to fertilise the normal ovum. Other important causes are varicocele, genetic predisposition, occupational and environmental factor.
Sexual inadequacy is one of the important factors contributing to infertility. It is important to realise that the age of a woman is a factor to be considered and there should not be any delay in offering suitable treatment for the couple.
Over the past decades, there has been much improvement in the treatment of both infertile female as well as the male. Assisted conception is one of them. It is the facilitation of natural conception by some form of scientific interventions.
In Bangladesh assisted reproduction technology has become a promising one. Technologies available in the country include IUI (Intrauterine Insemination), IVF (In Vitro Fertilisation) and ICSI (Intra Cytoplasmic Sperm Injection).
In vitro fertilisation (IVF) is the most effective ART technique. IVF involves retrieving mature eggs from a woman, fertilising them with a man's sperm in a dish in a laboratory and implanting the embryos in the uterus three to five days after fertilisation. IVF often is recommended when both fallopian tubes are blocked. It is also widely used for a number of other conditions, such as endometriosis, unexplained infertility, cervical factor infertility, male factor infertility and ovulation disorders.
Intracytoplasmic sperm injection (ICSI) technique consists of a microscopic technique (micro-manipulation) in which a single sperm is injected directly into an egg to achieve fertilisation in conjunction with the standard IVF procedure. ICSI has been especially helpful in couples who have previously failed to achieve conception with standard techniques. For men with low sperm concentrations, ICSI dramatically improves the likelihood of fertilisation.
IUI technique attempts to assist the implantation of the embryo into the lining of the uterus. With this advancement it is possible to treat the vast majority of subfertile couple successfully and give them the child they so desire.

The writer is the Head of Fetomaternal Medicine Unit of Department of Obstetrics and Gynaecology at Bangabandhu Sheikh Mujib Medical University (BSMMU), Dhaka.