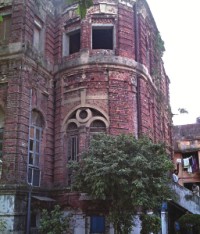 When he is not loitering Mahmud Rahman is a writer and translator.