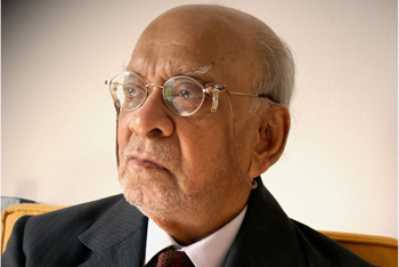 A year has gone by since we lost Colonel Quazi Nuruzzaman B.U. to posterity. For those of us who had the opportunity to work with and serve under him during the Liberation War his memories remain vivid. He was a soft-spoken man with gentlemanly manners. He could easily be mistaken for a university professor, yet, he never lectured his audience. He was a good listener who could ask poignant questions. The men who served under him during the Liberation War loved and respected him.
He had first-hand experience of being a victim of discrimination as a Bengali in the Pakistan army. When General Ayub Khan declared Martial Law in Pakistan in October 1958, Colonel Zaman was attending Staff College in Quetta. Immediately after martial law, all student officers in the Staff College had to sign a document of allegiance pledging loyalty to the President of Pakistan, General Ayub Khan. Only two officers refused to sign such a document; both were Bengalis, one was Colonel Zaman and the other was his life-long friend, Major Salauddin Amin of the East Bengal Regiment. Their reason for not signing was simple -- they had pledged allegiance to the constitution and the people of Pakistan and there was no reason to pledge allegiance to a president who had usurped the state government through a coup. Col. Zaman was a man of strong conviction and quiet dignity.
He was politically conscious although he wasn't a political activist. He sought social and economic justice for the most vulnerable people of his country and was supportive of the leftist ideas of an egalitarian society where no class would be privileged. After the liberation of Bangladesh and till his death, Col. Zaman wrote extensively on contemporary issues. Two themes were clear in his writings, one was the quest for the truth and the other was the protection of the dignity and rights of the common man.
Unlike other Sector Commanders of the Liberation War, Col. Zaman was not a serving officer of the Pakistan army. He was leading a quiet civilian life when the War started. He joined the Second East Bengal Regiment commanded by Major Safiullah, a former cadet of his in the early fifties. Because he was a retired army officer and older than most of the commanders of the Mukti Bahini, he should have chosen a desk job in the Bangladesh Forces Headquarters, but he would have none of that. He was trained soldier and he was going to fight in the trenches, it did not matter to him in which capacity.
After he took over the command of Sector 7, he organised his sector with the resources given to him. Sector 7 covered a huge area, from the northern tip of Bangladesh to the Padma river on the south. He understood the importance of the commander's presence in boosting the morale of the Mukti Bahinin volunteers and preparing them for battle. He would drive to his operational sub-sectors at night and sleep in his vehicle so that he could be with his troops during the day. Whenever he visited a sub-sector, he spent considerable time talking to his men so that he understood their problems. He was the forward observation officer for all his sector operations, and brought in and directed artillery fire. When his sector troops got rifle-launched anti-tank grenade launchers, Col. Zaman was the first person who taught his troops how to use them.
Immediately after liberation, I was appointed as the Sector Adjutant. In that capacity I accompanied him to all the Mukti Bahini camps in our sector. Everywhere he went; he spoke to his men and heard their problems with empathy. He reminded them of the task of rebuilding the war-ravaged country. The government wanted to rebuild the country with the freedom fighter volunteers. Col. Zaman endorsed the idea enthusiastically. So, when the government changed its view and decided to demobilise the freedom fighters after paying them a paltry sum of Tk.50, he was devastated and returned to civilian life.
In independent Bangladesh, Colonel Zaman remained a private citizen. He never accepted a government position although he played important leadership roles in Muktijoddha Sangsad and Ghattak Dalal Nirmul Committee. When his health failed and his condition was deteriorating fast, he would often lament that the objectives of the Liberation War were yet to be achieved, and hoped that a new generation of Bengalis would take up the task in earnest.
The writer is a retired Army officer.