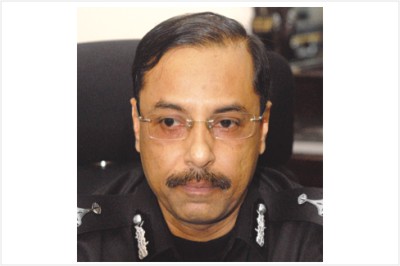 The government yesterday made Hassan Mahmood Khandker, director general (DG) of Rapid Action Battalion (Rab), the new inspector general of police (IGP) by replacing Nur Mohammad after about four years.
Besides, Rajshahi range deputy inspector general (DIG) Mohammad Mukhlesur Rahman has been made the new Rab DG.
Nur Mohammad, who played a crucial role for the government during the BDR mutiny at its Dhaka headquarters last year, has been attached to the foreign ministry for appointment as an ambassador. He served as the IGP since January 29, 2007 during the past caretaker government.
Sources say the IGP was removed as a result of some differences with the home ministry over some issues including the police reform projects.
Earlier during the caretaker government, Nur Mohammad openly raised questions about non-implementation of the reform project.
Hassan Mahmood Khandker told The Daily Star the changes have been made following a home ministry order issued yesterday.
Insiders at the police headquarters say the new IGP will join office today. The new Rab DG told The Daily Star he will take new office within two to three days.
Hailing from Peergachha upazila in Rangpur, Hassan Mahmood joined the police department in 1984 as a member of the BCS cadre of the 1982 batch. He completed honours and master's degrees in English from Dhaka University. He was appointed as the Rab DG during the last caretaker government in February 2007.
Besides, newly appointed Rab DG Mukhlesur Rahman hails from Comilla district. He completed honours and master's degrees from Chittagong University and joined the BCS (Police) cadre in 1984.