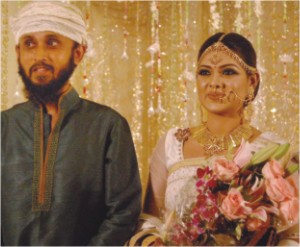 A smiling Tisha in her gorgeous wedding outfit and the turbaned Farooki.