DID YOU KNOW? | The Daily Star
Skip to main content
বাংলা T 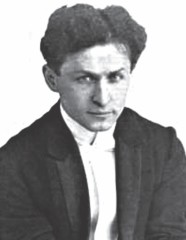 Harry Houdini was born as Erik Weisz in Budapest, Austria-Hungary, on March 24, 1874 (today is his 139th birthday!). Weisz arrived in the United States on July 3, 1878, sailing on the SS Fresia with his mother (who was pregnant) and his four brothers. The family changed the Hungarian spelling of their German surname to Weiss (the German spelling) and Erik's name was changed to Ehrich. Friends called him "Ehrie" or "Harry". They first lived in Appleton, Wisconsin, where his father served as Rabbi of the Zion Reform Jewish Congregation. From 1907 on, Houdini would claim in  interviews to have been born in Appleton, which was not true. According to the 1880 census, the family lived on Appleton Street. On June 6, 1882, Rabbi Weiss became an American citizen. Losing his tenure at Zion in 1887, Rabbi Weiss moved with Ehrich to New York City. They lived in a boarding house on East 79th Street. They were joined by the rest of the family once Rabbi Weiss found permanent housing. As a child, Ehrich Weiss took several jobs, making his public début as a 9-year-old trapeze artist, calling himself "Ehrich, the Prince of the Air". He was also a champion cross country runner in his youth. Weiss became a professional magician and began calling himself "Harry Houdini" because he was heavily influenced by the French magician Jean Eugène Robert-Houdin, and his friend Jack Hayman told him, erroneously, that in French, adding an "i" to Houdin would mean "like Houdin", the great magician. In later life, Houdini would claim that the first part of his new name, Harry, was homage to Harry Kellar, whom Houdini admired. In 1918, he registered for selective service as Harry Handcuff Houdini. Houdini began his magic career in 1891. At the outset, he had little success. He performed in dime museums and sideshows, and even doubled as "The Wild Man" at a circus. Houdini focused initially on traditional card tricks. At one point, he billed himself as the "King of Cards". But he soon began experimenting with escape acts.
Information Source: Internet