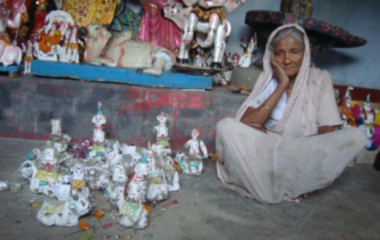 Miscreants vandalised 23 idols of Hindu god Shiva at a temple in Kaliganj upazila of Jhenidah early Tuesday, creating panic among the people of local Hindu community.

Some unidentified people broke into the temple at Angita cremation ground and vandalised the idols, reports our Jhenidah correspondent.

Joygopal Chakrabarti, the priest of the temple, and its caretaker Sabita Chakrabarti said the temple was built 250 years back where around 10,000 people of adjoining villages offer their prayers.

They never witnessed such inhuman activities in their 30 years of career, they added.

Badal Tagore, president of the temple, demanded exemplary punishment to those involved with the vandalism.

Some people who do not believe in the country’s liberation might have damaged the idols, said Anwarul Azim Anar, chairman of Kaliganj upazila.

The local administration will take stern action against the criminals after investigation, he added.

Liakat Hossain, officer-in-charge of Kaliganj Police Station confirmed the vandalism and said he will take steps in this regard.