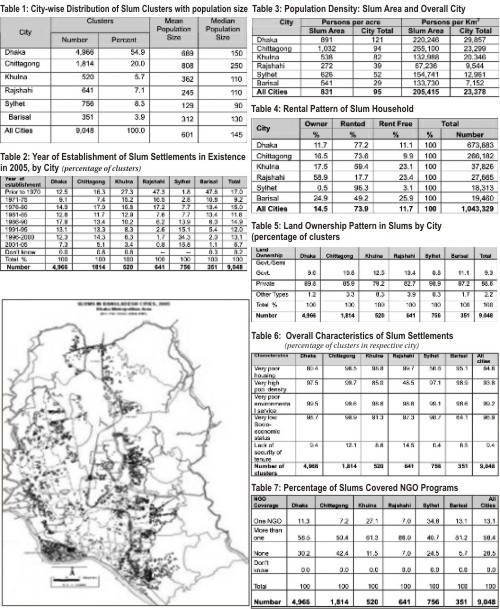 1 The household monthly income of Tk. 5,000 was estimated as the urban poverty line for May 2005 by the CUS study team on the basis of urban poverty line per capita income of TK.906 (or Tk 4344 for an average urban household) for May 2004 determined by the Bangladesh Bureau of Statistics (BBS) and presented in its “Preliminary Report of the Poverty Monitoring Survey, 2004”. p.13.