Hasina plays on people's expectation for a change 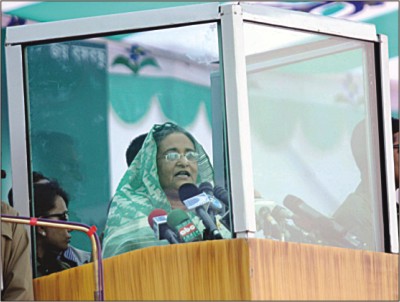 Awami League President Sheikh Hasina delivers her speech from behind bulletproof glass and surrounded by bodyguards at a rally at Paltan Maidan in the capital yesterday.Photo: STAR