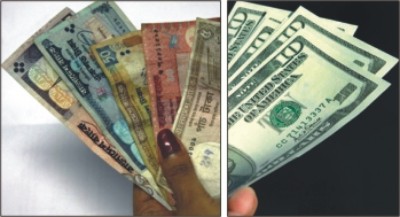 THE Daily Star, on May 10, reported a statement made by Dr. Atiur Rahman, Governor, Bangladesh Bank, in which he stated that the Bangladesh Bank planned to approve Capital Account Convertibility as a test case, which would allow Bangladeshis to invest in foreign countries subject to certain restrictions.
In Bangladesh, taka became convertible for current account transactions in March 1994, but this is our central bank's first attempt to achieve capital convertibility.
In view of the global perspective, Article VIII of the International Monetary Fund (IMF) prohibits its members from imposing restrictions on the making of payments and transfers for current international transactions. Article VI (3), however, allows members to exercise such controls as are necessary to regulate international capital movements, but not so as to restrict payments for current transactions or which would unduly delay transfers of funds in settlement of commitments.
Bangladesh has accepted the obligations of Article VIII, Sections 2, 3, and 4 of the Agreement of the International Monetary Fund in 1994 and maintains an exchange rate system that is free from restrictions on current payments and transfers, except for a restriction on the convertibility and transferability of funds from nonresident taka accounts.
Articles VI and VIII give the IMF only limited jurisdiction over capital account transactions. Thus, there is no official binding over any member state to opt for full capital account convertibility, but it has been a constant component of the IMF's advisory reports on member countries.
The concept behind capital account convertibility (CAC) in most traditional theories of international trade was to allow foreign investors to invest without barriers. It is, therefore, a floating exchange rate allowing anyone to freely move from local currency into foreign currency and back without needing prior government permission. CAC has been argued by some to be inevitable, as it is part of the inexorable process of globalisation.
There are both economic and legal perspectives to the pros and cons of the case for and against CAC (may be more so economic than legal), however, I, being a lawyer by profession, shall limit the scope of this article only to suggesting legal safeguards in drafting the guidelines for CAC.
CAC allows the freedom to make investments in foreign equity, extend loans to foreigners, buy real estate in foreign lands and vice-versa. Broadly speaking, CAC allows anyone to move freely from local currency to foreign currency and back. The risks to an unrestricted CAC include capital flight
On the other hand, CAC helps attract foreign investment and offers foreign investors significant comfort as they can re-convert local currency into foreign currency and take their money away. At the same time, CAC makes it easier for domestic companies to tap foreign markets.
It may be noted from the governor's statement that he is not contemplating an unrestricted CAC; he has stated that there must be a ceiling for capital to be sent to foreign countries for investment and that "the amount will be given from an exporter's retention quota with Bangladesh Bank." It appears that the Bangladesh approach to CAC will not be for complete CAC, and, in the author's view, rightly so.
While many developing countries concentrated on liberalising inflows/outflows irrespective of resident or non-resident transactions, we note that India liberalised the capital account for non-residents and maintained stringent controls on capital account transactions by residents. India set out some basic requirements in implementing CAC, amongst which those relating to capital outflows in the beginning required that:
-All types of liquid assets must be able to be exchanged freely, between any two nations, with standardised exchange rates.
-The amounts must be a significant amount, i.e. in excess of $500,000.
-Excessive outflows should be buffered by national banks to provide collateral.
India has moved towards CAC liberalisation on a phase-by-phase basis, and is now implementing the third phase of the Tarapore Committee recommendations. A similar approach is also recommended for Bangladesh.
Taking examples from the Indian experience, the opening up of the capital account in Bangladesh can, to start with, also be based on distinctions between residents and non-residents.
Bangladesh Bank may also set guidelines/slabs on the minimum and maximum amount of foreign investment allowed by Bangladeshi persons and the types of companies, listed shares and debt securities in which the capital may be invested. The Bank may review other restrictions keeping in mind our foreign exchange reserves and other macro-economic factors.
It is the author's opinion that opening up of CAC outflow would encourage FDI as investors would have the security of entry as well as exit of funds. This would also open up the possibility of developing Bangladeshi MNCs abroad, thereby allowing Bangladeshi residents to have a globally diversified equity portfolio. Moreover, reducing delays in foreign exchange trading would reduce transaction costs and increase the efficiency of businesses in our country.
Controls on the capital account are rather easy to evade through unscrupulous means. Huge amounts of capital are moving across the border notwithstanding the restrictions and, as such, it is better for Bangladesh if these transactions happen in white money. Implementation of CAC would reduce the size of the black economy, and improve law and order, tax compliance and corporate governance.
In conclusion, we note that CAC is not a matter of all or nothing. Some types of transactions may be free while others are not; and the tightness of restrictions may vary in the same country over time.
The two limitations as set out by the governor are apt and reflect the prudent nature of the government's approach to CAC. The Bangladesh Bank can also consider implementing a roadmap to achieve CAC in a phase-by-phase manner, as has been done in India.

Anita Ghazi Rahman is a Barrister at The Legal Circle. E-mail: anita@legalcirclebd.com.