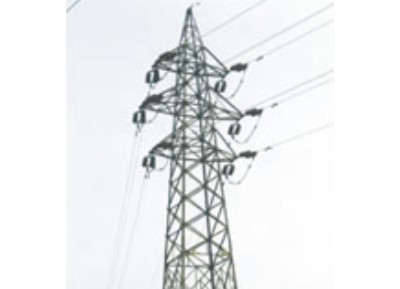 LESS than two decades back we were discussing seriously mainly about "system loss" in gas and electricity sectors. Common people were given the impression that Bangladesh was floating in gas. Even supplying gas to India was seriously considered at high level. During BNP-led regime
(2001-06) we did not agree to laying of gas pipeline in our soil for supply of gas from Myanmar to India through Bangladesh. When it was revealed that Bangladesh itself might face gas crisis soon Bangladesh requested Myanmar for supply of gas to augment her possible deficit. It was too late. Myanmar refused to accept Bangladesh proposal as she agreed to supply her surplus gas to China.
In regard to electricity the 4-party alliance government concentrated more on distribution rather than on production. As such laudable progress was made in collection of electric poles for distribution of electricity. Such silly things happen only in countries where the governments behave like a dictator. It is interesting to note that those who were instrumental in committing that crime to befool the common people are now crying for suffering of the people. What a joke !
We wonder whether the high-ups of the 4-party regime did ever tried to attach due importance to the infrastructure development, the relation between infrastructure and investment (both local and foreign). Now some of the stalwarts of former BNP-led government argue that their mistakes and omissions cannot be any excuse for the present government. In making such argument they do not like to accept that building infrastructure is a time-consuming, complex and huge task which involving a heavy investment.
To put tremendous pressure on the present government to wipe out the problem of power outage quickly is not fair. Before we pronounce our judgment we may consider the following points:
* whether the government has been able to give enough emphasis on solving the crisis;
* whether the government is moving in the right direction to solve the crisis;
* whether there is any flow in the coordination of the work; and
* whether enough effort has been made for resource mobilization for investment in the programme for overcoming the crisis.
As we see government is pretty serious about solving the crisis of gas and electricity. With economic development the demand for gas and power increases. In addition, some of our plants are too old. Maintenance of some of our plants is unsatisfactory. These plants need immediate repair and in some cases overhauling. Shutdown of plants for repair work is a ticklish problem.
In the past not enough of consideration was given to produce electricity from renewable source like solar energy, wind etc. The production of electricity from coal has not been given due importance. The present government appears to have given some importance on producing electricity from solar energy and increasing production of electricity from coal.
Perhaps considering the importance and sensitivity of gas and electricity sectors. Our prime minister has rightly kept the portfolio of energy with her. She is also alert about the scandal around energy during the 4-party alliance rule. She seems bent on overcoming the crisis at the earliest. Among her achievements in the sectors are:
* negotiation with Russia for setting up nuclear plants to produce electricity at Ruppur;
* good prospect for receiving assistance from China and India in the sectors;
* good response from Asian Development Bank;
* good start for producing solar energy; and
* achieving better prospect for extracting coal from Barapukuria.
Energy crisis is a great national crisis. We expected enough cooperation from our opposition. Instead, it is threatening to organize protest rallies and public meetings. Generally speaking, we do not see any desperate situation in the gas and electricity sectors. We have already received clear promises from China, India and ADB. The process of singing of pact with Russia is at the penultimate stage. It is matter of time that the government would be able to overcome the power crisis. Thus it is considered reasonable and just to allow the breathing space to push forward its programme.
The government should be cautious and realistic about the implementation of its programmes for energy. We are not certain about supply of electricity from India. Implementation of Chinese and Russian assistance may take time. Even receipt of assistance from ADB is time consuming. Thus concerted and coordinated effort is called for.
ABMS Zahur is former Joint Secretary.