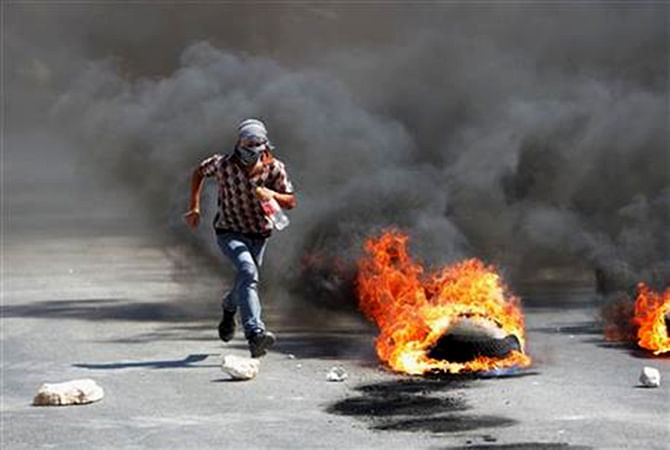 A Palestinian protester runs away from Israeli soldiers during clashes, following a protest against the Israeli military action in Gaza, in the West Bank city of Nablus on Friday, Aug 22, 2014. Photo: AP

Egypt has called for an open-ended cease-fire in Gaza, urging the Palestinians and Israel to return to indirect talks.

A temporary cease-fire collapsed earlier this week, bringing the Cairo talks so a halt. More than 2,090 Palestinians, including close to 500 children, have been killed since the war began on July 8.

Israel has lost 64 soldiers and four civilians, including a 4-year-old boy killed by a mortar shell Friday.

The war has caused widespread destruction in Gaza, leaving some 100,000 people homeless.