Time is precious; each day is a gift 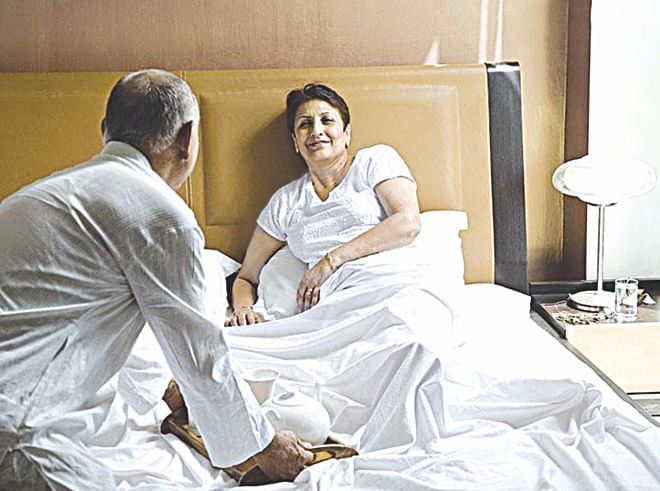 Am I awake or asleep? So much had happened, and here I was in a hospital bed. Razia Sultana, a housewife in her 50s half-propped on a hospital bed was thinking to herself. Her husband, Mr. Alamgir was by her side. And her boys. Raising three sons was anything but easy, but there they were, healthy and successful. It's over, Alamgir said, you survived the surgery. A massive tumor had been removed from Razia’s brain. Eight hours on the operating table. This was more than she could comprehend. She'd been told her personality could be changed. She might have brain damage. The idea frightened her. In a silent prayer, she said, O Allah, will I be the same person I was before?

This all started last October; as she was getting ready for bed at night, she felt herself falling to the bathroom floor. Not falling, really, more like she was gently lowered, by something as soft as an angel's wing. For a few seconds she actually saw herself lying there. She wasn't frightened, but she could hear her husband Alamgir shouting. Maybe I was dying, she thought.

She was rushed to the International Standard Tertiary Care Super Specialty Hospital in the city. "You have Meningioma, a brain tumor," the Neurosurgeon said. She looked away; she couldn't make herself look at the MRI pictures. She was given medication to sleep. Soon after she woke, her three boys arrived. They'd spent the night on the internet learning about brain tumors. "The best hospital and the best Neurosurgeon is right here," her eldest son assured her.

The tumor had invaded a large portion of the left side of Razia’s head, pressing on her brain and the nerve to her left eye. The fall Razia had at her home could have been a godsend; perhaps the accident had aggravated the tumor in her brain, causing her blackout. Without that warning sign, the tumor would have continued to grow. Razia could have died.

In the days that followed the surgery, her husband and sons visited her in the hospital. The infection control system and the nursing care of the hospital were so meticulous and patient centric, I genuinely felt the benefit of the International Accreditation that the hospital has, says Razia.

On the sixth day following her difficult surgery, she was discharged from the hospital only with the assistance of a walker for balance. She was free of major neurological deficits. But she was in for a shock when she passed a mirror and saw her reflection for the first time. Holding her breath, now she understood why she was getting strange looks. Her head was shaved around the incision. In spite of feeling tired, she had tremendous enthusiasm for her recovery. Therapists came to her home most days. She continued having regular checkups at the hospital, and she is still working on her balance. Since there is no scar on her forehead from the surgery, she thinks she looks great.

Razia has found new joy inside herself, life seemed wonderful. It has been a difficult recovery. But she feels Almighty walked with her through it and made her the woman she is today. Thank you, thank you, thank you, may Allah bless you; she keeps on praying to the Almighty for the betterment of the hospital and its doctors, who gave her loving care, spared her pain and returned her to being a normal, healthy woman.