Take control, get on with your life; avail Holmium Laser therapy for your prostate problems! 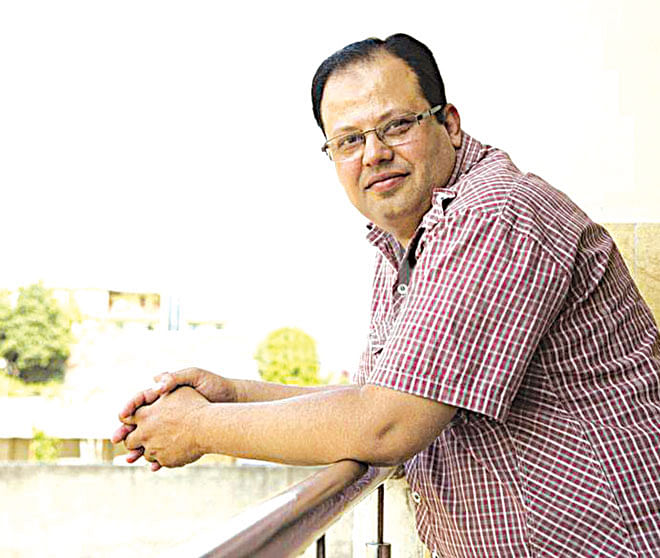 Stopping his car on the portico of his office, he gave the car key to gateman to park the car properly, before he rushed inside, almost running for the toilet to relieve himself. Mr. Ahsan Kabir, a 58-year-old man from Dhanmondi in Dhaka, first became aware of his symptoms about 12 months ago when he began suffering from recurrent painful urinary infections, which initially cleared up with antibiotics but persistently flared up again. He also suffered with the uncomfortable and frustrating feeling that his bladder was never empty.

The symptoms Mr. Ahsan suffered created an adverse effect on his life. He found himself having to plan his life around trips to the toilet including up to seven trips throughout the night to relieve himself. The turning point for Ahsan was when he wet himself during a breakfast with his wife, then he knew he needed help.

He went to visit a Consultant Urologist in an International Standard Tertiary Care Hospital in the city. The Doctor advised him a number of tests including a flow and camera test (Uroflometry studies and Cystoscopy) confirming that he had a benign enlarged prostate, causing his urine passage (urethra) to be squashed, leading to persistent infections.

As a result of the tests conducted, the Consultant Urologist at this hospital gave him a comprehensive assessment and recommended the HoLEP procedure for him. The Doctor told me “Patients have the right to know about their disease and the type of treatment being offered”, therefore he explained the whole procedure to me to make my understanding easier, tells Mr. Ahsan. 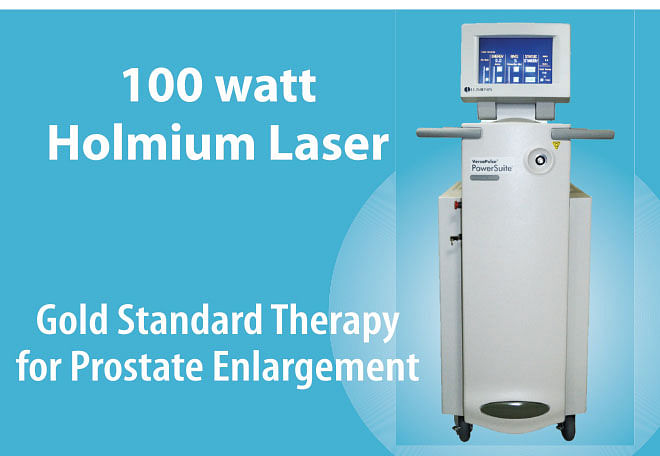 HoLEP stands for Holmium Laser Enucleation of Prostate, an alternative to the standard Transurethral Resection of the Prostate (TURP) treatment for the surgical management of benign prostate enlargement. The advantages of HoLEP include minimal bleeding, short hospital stay and quick recovery for the patient. Holmium Laser prostate surgery is a treatment using high powered laser energy to remove or enucleate obstructive prostate tissue with the aim of leaving a wide channel and restoring normal passage of urine.

Talking about his experience Ahsan says “I even did not need to stop my blood thinner drugs before this Holmium Laser procedure. I had an excellent experience and I felt well looked after. After the operation I felt no pain, which was a pleasant surprise! I only felt discomfort during the catheter removal and the only testing done afterwards were occasional flow tests to keep a record of how much fluid I was taking.” Ahsan says “This procedure hasn’t disrupted my life one bit. I started to return to normal life a few days after leaving hospital.”

With a much better quality of life now Mr. Ahsan can go out without having to worry where the nearest toilet is. He also is no longer having a disturbed night’s sleep with the constant urge to go to the toilet, something he hasn’t experienced in months.

If you have an enlarged prostate and are suffering from the same symptoms and constant disruption to your life as Mr. Ahsan did, do not delay. There is no need to go abroad now. You can get help from an International Standard Hospital in the city where the Gold Standard Therapy by Holmium Laser is available; the skilled and experienced Consultant Urologists in the hospital can give you this solution. A quick recovery and you can finally get on with your life!