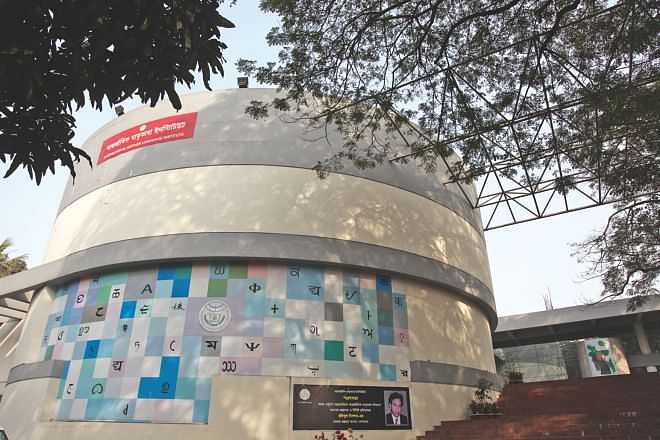 Prime minister Sheikh Hasina laid the foundation stone of International Mother Language Institute (IMLI) on March 15, 2001 while the premier inaugurated it on 21 February, 2010. IMLI is the institutional outcome of the International Mother Language Day, which is being celebrated on 21st February since November, 1999. The main purpose of the IMLI is to preserve and protect endangered languages of the world as well as to develop languages that have remained on the fringe of modern civilisation. Dr Jinnat Imtiaz Ali, Professor of linguistics, University of Dhaka, Director General of the IMLI spoke to The Daily Star about ongoing activities of the institute and languages that are gradually becoming extinct and obsolete. Excerpts:
“According to the Universal Declaration of Human Rights, Linguistic Rights and Universal Declaration on Cultural Diversity, Language is called the tangible and intangible phenomenon of culture. Our National Education Policy aims to provide primary education to children of indigenous and ethnic minority groups in their mother languages, which is a fundamental right. 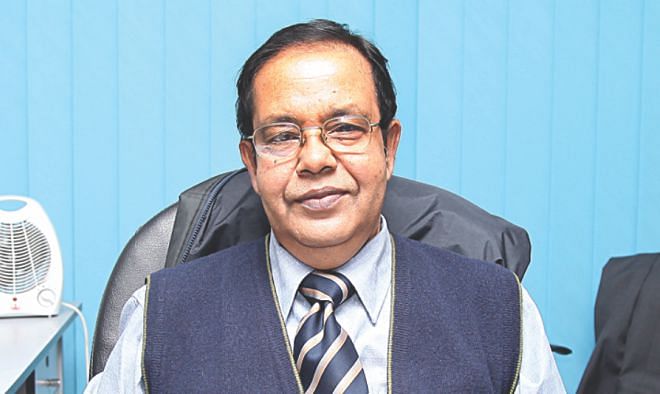 “We are going to launch a big task called “Ethno-linguistic survey of Bangladesh” this February, for the first time in Bangladesh. Sir George Abraham Grierson was an Irish linguistic scholar and civil servant who conducted the Linguistic Survey of India, obtaining information on 364 languages and dialects. Over the years, immense changes have happened with the development of science and information technology. Unearthing of the inner minutes or the subtle contents of language can now be traced.
“A checklist for Ethno-linguistic survey will be done by three specialists including myself. The Department of Anthropology of Dhaka University will oversee the work-plan with assistance from other departments -- Linguistics, Sociology, Bengali, English and Geography and Environmental Science -- of all the public universities.
“After carrying out the survey, we will have a real picture of different ethnic groups' languages. We will also get the corpuses of languages. The way I love my mother tongue, others do the same. To protect and preserve a language from getting extinct, our first responsibility is to formulate a writing system for illiterate and endangered languages' and orthography.
“The process of software development and dictionary compilation will come next. The primer of several indigenous languages is being made so that children of the respective ethnic groups can receive education in their mother tongues. The declaration of International Mother Language Day on November 17, 1999 has created a conscience and motivation among the international community to document their mother tongues. Language-centric consciousness and the dignity of mother tongue have been augmented through this declaration. Especially various endangered lingual groups of Africa and Latin America got enthusiastic on documenting their mother tongues. We have another vision of internationalising our mother tongue, Bangla. Like Alliance Française, Goethe Institut, we can diffuse our language, literature and culture all over the world. Honourable Prime Minister inaugurated Unicode in last February. Bangla keyboard has been developed for mobile. But we need to invent something like English keyboard so that Bangla speaking people all over the world can use that keyboard.
“If we go to the internet domain, we find Bangla blogs; Bangla is used on Facebook and other social networking sites, but is used on several softwares like Microsoft excel, Photoshop, Illustrator. We do not have OCR, voice to text software and vice versa. I believe the present government is very sincere to accomplish all these tasks to smoothly tread on the information highway of 21st century. The work on speller is also on. 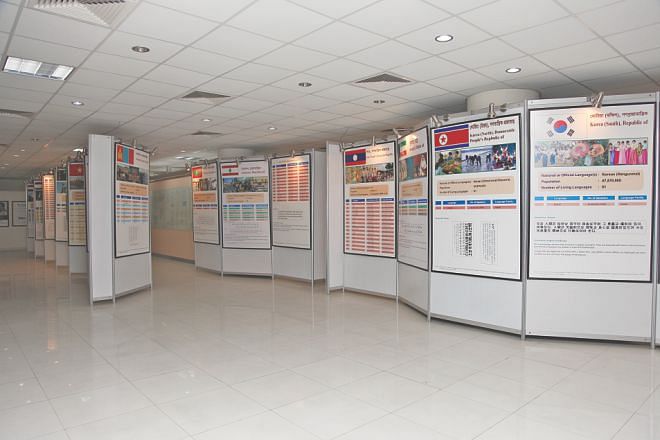 “The divergence and convergence of any language is a natural process. IMLI has so far documented primer four languages of indigenous communities –Chakma, Marma, Tripura, Achik. The process is on for the language of Santal community. Meanwhile, about 3500-5000 words have been documented for each language under corpus planning. With the process on, we can offer higher education to the ethnic groups in their respective mother tongues. We are relentlessly working for enlivening the endangered languages of Bangladesh.
“At present the institute has a complete infrastructural and administrative set up. It has also opened its language museum for the public, which displays the languages spoken in different countries in Asia and the Pacific, the number of speakers, language family and sample of text of the major languages of the country. The museum also provides a visual chronological account of the language movement of Bangladesh. Photographs of old Bengali scripts and its derivation are also displayed in the museum. For a quick visit to the roots of the words that we use in our daily lives, a peek at the International Mother Language Institute is a must. There is an ongoing process of including more languages of the world especially from African, American and Latin American countries.”