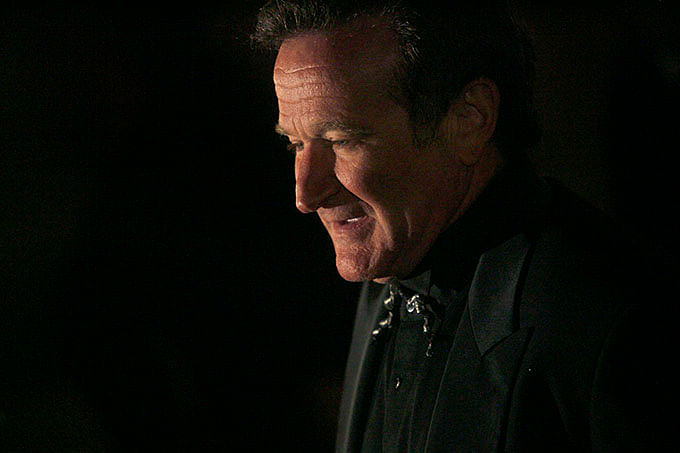 Williams checked himself into a renewal centre just a few weeks ago, but his battle with addiction dated back more than 30 years. He struggled with cocaine and alcohol abuse in the early ’80s, after his rise to fame on Mork and Mindy.

"Cocaine for me was a place to hide. Most people get hyper on coke. It slowed me down," Williams told People in 1988, the magazine recalled in a 2006 piece about the actor seeking treatment (again) for alcohol addiction.

Williams was even with John Belushi during the Saturday Night Live star’s all-night cocaine and heroin binge that led to his fatal drug overdose.

"The Belushi tragedy was frightening," Williams told People. “His death scared a whole group of show-business people. It caused a big exodus from drugs. And for me, there was the baby coming. I knew I couldn’t be a father and live that sort of life.”

Williams even joked about the dangers of cocaine addiction in his Live at the Met stand-up performance (video below).

After 20 years of sobriety, though, Williams checked himself into rehab for alcohol abuse in 2006.

He later told the New York Times that he hadn’t confronted the underlying issues at the root of his addiction.

“There was still, in the background, this voice, like, ‘Psst,’ ” he told the newspaper. “So when I relapsed, I went back hard. The one thing I hadn’t dealt with was, how honest do you want to live?”

Once again, it was his son, Zak, who was an integral part of Williams’s decision to get sober. Without going into detail, the younger Williams told The Times of his father’s rehab stint, “There was an ultimatum attached to it. I’m pretty confident that if he continued drinking, he would not be alive today.”

Williams checked himself into Oregon’s Hazelden Springbrook treatment centre in August 2006; after two months of treatment, he recalled his battle to get sober in an interview with Diane Sawyer onGood Morning America.

He said it was a “very gradual” descent back into using.

More specifically, Williams told Parade in 2013 of the moment that led him to drink again: “One day I walked into a store and saw a little bottle of Jack Daniel’s. And then that voice — I call it the ‘lower power’ — goes, ‘Hey. Just a taste. Just one.’ I drank it, and there was that brief moment of ‘Oh, I’m okay!’ But it escalated so quickly. Within a week I was buying so many bottles I sounded like a wind chime walking down the street. I knew it was really bad one Thanksgiving when I was so drunk they had to take me upstairs.”

And as with his cocaine crisis, another star also spurred Williams to seek help. This time, it was Mel Gibson, Williams told GMA, whose DUI arrest served as a “wake-up call” for him to get help; Williams joked that Gibson’s public struggle took the spotlight off him.

Williams also joked about being an alcoholic in his stand-up act.

Just recently, Williams had checked into a center that is affiliated with the 12-step program to help him focus on his ongoing sobriety.

At the time, the comedian’s rep told The Hollywood Reporter, “He has been working hard and now has a break in his schedule, so wants to come back and be the best that he can be. This is his version of a retreat.”