Pain in the leg? Not anymore! 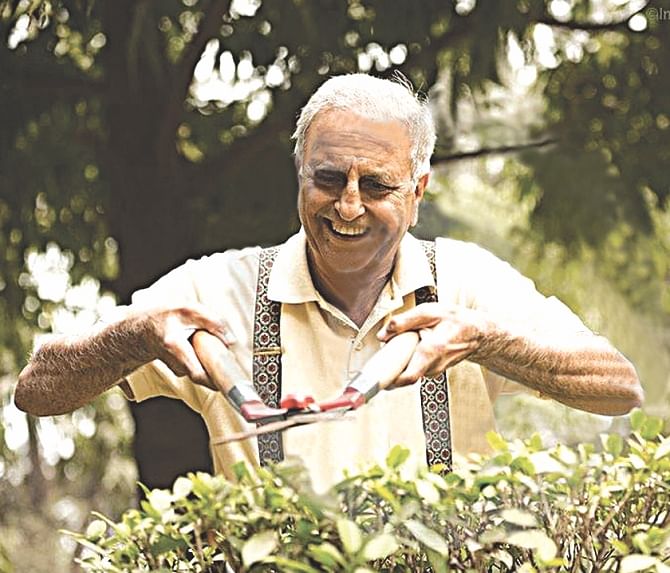 Even after his retirement from his teaching job from a government high school in Mirpur, Dhaka at sixty, Mr. Azizul Hakim used to have an active life style. At seventy two his days are low-key now; spent puttering around the house. He started to notice recurrent pain shooting down the back side of his right leg while walking approximately five hundred meters. Eventually, the pain became so intense that even simple tasks like walking to the grocery store were unbearable; he even had difficulty sleeping at night. "I couldn't do everyday chores around the house or things that I enjoy because my legs always tightened up," he says, "the pain was pretty intense and it never went away”. Hakim first thought it might be a pulled muscle or something similar; he tried a few home remedies like drug store creams, ointments, he stretched and massaged his leg a lot, but nothing worked. Hakim lived with the pain for more than two years, brushing it off as a sign of aging and something not to be taken seriously.

Upon advice from a local community doctor, Hakim consulted an Orthopaedic Surgeon in an International Standard Multi-specialty hospital in the city. A simple, non-invasive test called the Color Doppler Ultrasound diagnosed with PAD or peripheral arterial disease in Hakim’s legs.

PAD develops when leg arteries become clogged with plaque or fatty deposits that cause poor blood flow to legs. Just like clogged arteries in the heart, clogged arteries in the legs increase the risk of heart attack and stroke. Like Hakim, people who experience signs or symptoms of PAD may have pain when walking or climbing stairs, which may be relieved after resting. This pain is called intermittent claudication. There are few risk factors for peripheral arterial disease such as increased blood lipids (fats and cholesterol), smoking, hypertension (high blood pressure), diabetes, lack of physical exercise, being overweight etc. These risk factors increase the normal aging process of the arteries, which can be problematic even at a young age.

Unlike many other big hospitals in the city, this hospital had an Interventional Radiologist; to whom the Orthopedic Surgeon referred Hakim. The Interventional Radiologist explained Hakim his condition by drawing picture of blood supply of legs and showing multiple areas of blockage which he was having because of PAD; unless treated these could lead to gangrene of toes and legs when the affected body parts would need to be amputated.

The Interventional Radiology Consultant told Hakim about Angioplasty procedure which would clear the symptomatic blockage in his artery with less risk and less recovery time compared to conventional surgery. The procedure would be performed by threading a catheter which has a tiny uninflated balloon on the tip, through the groin and into the leg artery to the point of the blockage. The balloon would be inflated to push the fatty deposits against the inside of the artery walls to make the channel wider. Once the artery was widened, the balloon would be deflated and removed. There would be no cutting involved, just a needle puncture through the skin. In some cases, however, stents maybe placed as the primary means for holding the vessel open. Hakim had the Angioplasty procedure performed on his legs in that hospital. Since the Angioplasty procedure, he has not experienced any pain in his legs or toes.

Hakim now enjoys an active life, gardening with his wife and playing with four grandchildren. Do talk to doctors in an International Standard Super-specialty hospital if your near and dear ones experience leg pain, instead of assuming “old age” is the culprit.