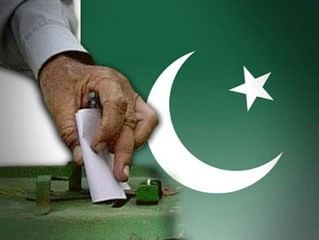 Though this is a positive development, most Pakistani and international observers are not optimistic that the elections form part of a broader transition from procedural to substantive democracy a system of government where civil and political liberties are protected.

There are many reasons for this lack of optimism. Ongoing attacks on the minority Shia population have significantly increased, with hundreds killed already this year. Political leaders and candidates are routinely targeted, and there have been regular attacks on development workers seen to be promoting 'liberal values'. These political and social fault lines have been exacerbated by the worsening economic crisis. Economic growth has averaged just under 3 per cent over the last three years a level that is insufficient to either substantially improve the population's living standards or absorb the growing workforce. Prices are rising at around 11 per cent per year, and the price increases on fuel, together with severe electricity shortages, have prompted a growing number of mass protests across the country.

There is evidence for the argument that substantive democratic systems emerge only in the presence of certain conditions. First, there must be mass support for civil and political liberties and individual choice and autonomy, and second, these values tend to occur on a mass scale only once a society has reached and sustained a certain level of economic development and political stability.

As the people's economic security increases, and their confidence that these gains will not be lost grows, democratic values that is, respect for freedom of choice and individual autonomy increase. Widespread demands for civil and political liberties and responsive government tend to occur (with a time lag) once these values are held broadly throughout a society. The data also demonstrate that a loss of public confidence in economic security leads to a reversal of these values, and a preference for, or at least acceptance of, strong authoritarian government.

In a recent Pew Research Center poll, over 40 per cent of Pakistanis stated a preference for democratic government. But this finding cannot be viewed in isolation. Further democratisation depends on an engaged population, but 22 per cent of Pakistani respondents reported that 'for someone like me, it doesn't matter what kind of government we have'. This is particularly stark when measured against the views of other Muslim-majority populations in the broader region: only 13 per cent of Egyptians, 11 per cent of Jordanians and Tunisians, 9 per cent of Lebanese, and 5 per cent of Turks feel this way.

Another factor that complicates analysis of the data is that the term 'democracy' has come to be almost universally held as positive and associated with prosperity and stability. Over 90 per cent of World Values Survey respondents globally now state a preference for democracy, even when those same respondents also profess support for severe restrictions on individual choice and freedom of expression, and an acceptance of, or preference for, authoritarian regimes. So, measuring attitudes toward democracy's components is often more useful than measuring attitudes toward democracy itself.

This incongruence between rhetoric and actual belief is clear in Pakistan: most Pakistanis believe a strong authoritarian leader will be better able to address the country's problems than a democratic form of government. The level of support for authoritarian government is much higher in Pakistan than in any of its Muslim-majority neighbours which is not surprising given Pakistan's ongoing political instability, economic decline and low level of development in most areas (disappointingly the comparable data is not available for India or Bangladesh).

The degree to which freedom of expression is prioritised is also a useful indicator. Only 58 per cent of Pakistanis believe the media should be able to 'report the news without (state/government) censorship', whereas 83 per cent of Jordanians, 86 per cent of Turks and 91 per cent of Lebanese believe a free media is important.

The Election Commission of Pakistan and the National Database and Registration Authority have established systems to address some of the major procedural obstacles to voting, and as a result of these initiatives millions of voters including a significant number of women and those in rural areas were registered last year. But even if the growing violence doesn't prevent a high voter turnout on election day, the attitudes of most Pakistanis toward their preferred form of leadership and the low value placed on freedom of expression indicate that substantive democracy and a responsive and accountable government are still some way off.

The writer is a PhD Candidate at the Australian National University and a Development Consultant, most recently with AusAID and The Asia Foundation.