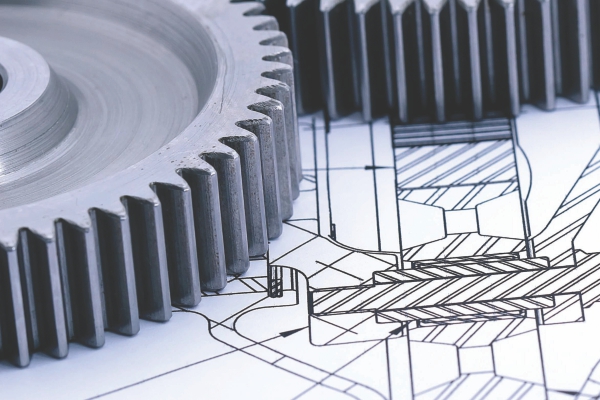 Formal degree courses in computers started at Bangladesh University of Engineering and Technology in 1984 through the opening of the Department of Computer Engineering. Initially postgraduate degrees and later on programmes for undergraduate degrees started. It was not known how the graduates would be received in society. There was a dearth of teachers as well as  books and laboratory facilities. Even then the most meritorious students of the country opted for this department.  Deficiency of teachers and libraries were compensated by  enormous interest of students in the initial days  of learning this latest technology and earning enviable skills. Each of them has been established as good professionals in advanced countries. Now the department is 28 years old. Other public and private universities have also opened computer science-related departments. So it is impossible to enumerate all the success stories  in computer education and research.   I shall try to highlight those that I know, perhaps occasionally, unwittingly skipping more important achievements.

BUET graduate Areef Reza won a Java competition in the early days from the University of Waterloo. This indeed  gave us a lot of confidence that in spite of many shortcomings our students are learning and earning commendable computer skills. Meanwhile, Mostofa, Shaikat, Suman, Zia and many others published their research findings in journals of international repute when they were still undergraduates. In 1997 for the first time on the soil of Bangladesh, Association for Computing Machinery (ACM) International Collegiate Programming Contest(ICPC) Asia Regional contest was held where the team of Suman, Shaikat and Shushom  qualified for participation in the prestigious World Finals of ACM ICPC.  They shared 24th position with Stanford University's team out of 54 teams.  This has definitely contributed to the confidence of our students.  After this success, with the initiative of enthusiast Zakaria Swapan, the first national Computer programming Contest (NCPC) was organised jointly by The Daily Star and Proshika at the then Hotel Sheraton where the then Sheikh Hasina as prime minister was the Chief Guest along with many important ministers. That event inspired our students. Since then, especially students of Bangladesh University of Engineering and Technology, participated in all world finals. Meanwhile, our students were performing very well in internet-based programming contest organised by the University of Valladolid, Spain. The then prime minister Sheikh Hasina awarded a cash award of one lac Taka to each of nine students, of whom eight were from CSE department of BUET.  In 2000, in the 24th World Final of ACM ICPC BUET team occupied  11th position in the 60-team contest, leaving behind teams of world famous universities like MIT, Stanford, Harvard and Berkeley. Meanwhile, our students participated in the Asia region Kanpur site contest. In 1999 BUET became champion and DU runner-up. In 2000 BUET team repeated the feat. This was indeed very inspiring for us. While universities of the 8th most populous country of ours fail to be in an respectable shortlist of best universities, our students of the most advanced technology make their way into very short lists. Many of our graduates have been working as coaches of different US universities and that too with commendable success. 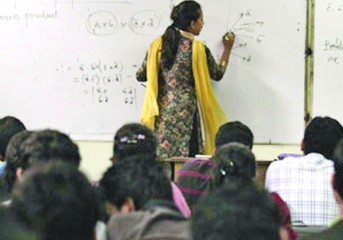 Our graduate Suman Kumar Nath got admitted into the top-ranked CSE school of Carnegie Mellon University, and is now an employee of the prestigious institution of Microsoft Research. The celebrated brilliant student and colleague Mohammad Manzur Murshed started a PhD under the supervision of a very famous professor, Richard Brent, at Australia National University. Dr Murshed's superiority as a student, colleague and human is still not forgotten after some 10 years when I visited ANU. At home we failed to honour him with a nominal Commonwealth scholarship. He has not forgotten to take avenge by facilitating scholarships to at least 50 Bangladeshi students! Dr Murshed's superiority is so well-known that he became occasional Convocation Speaker of Monash University when he was in his mid-thirties. We felt enormously honoured with this success of one of our brightest graduates. By now our graduates have got admitted into the finest schools including MIT, Carnegie Mellon, Harvard, Yale, Stanford, Berkeley, CalTech, Waterloo, Toronto, and Oxford. Professor Md Saidur Rahman of our department wrote a book in co-authorship with his supervisor Professor Takao Nishizeki, as has done Professor MMA Hashem of KUET. Dr Ekram Hossain became a professor at a young age in Canada. Simultaneously, he also edits several IEEE Transactions. Dr Zulkernine of Queens University has become Canada Chair, while Professor Latifur Rahman Khan has become distinguished scientist of ACM. By now more than 50 undergraduate students have published their research findings in international journals of repute while they were still undergraduates. Such feats will be very uncommon for any department not only in Bangladesh but also in advanced countries. Professor Md Saidur Rahman has also initiated a workshop named WALCOM in Bangladesh. This is being organised at a time in Bangladesh and India, and possibly this is the first workshop whose proceedings are being published by Springer! We started the first international conference ICCIT series in Bangladesh with massive participation of our undergraduate students. This conference is flourishing day by day.  Already eight graduates of CSE department of BUET are being awarded the prestigious Fulbright scholarship since session 2007-8, and we feel deeply honoured at this achievement of our graduates. DU graduate Dr Julius Hossain has been working in the prestigious flagship institution of European Molecular Biology Laboratory. Back at home Professor Md Saidur Rahman got the International Funai Information Technology award, Bangladesh Academy of Sciences Gold Medal. Dr Md Sohel Rahman and Dr Masud Hasan also got recognition of their research excellence. 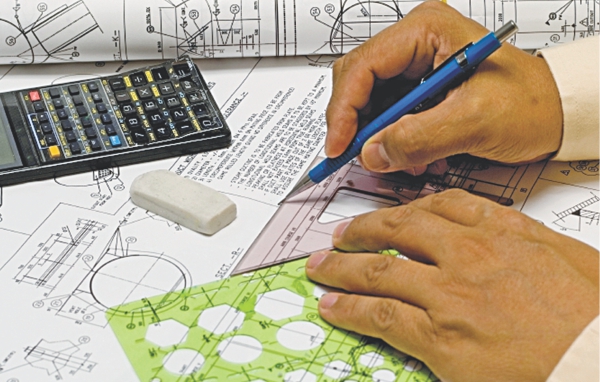 Students and teachers of computer science are good not only in studies, but they are also playing pioneering roles in organising Mathematics and Informatics Olympiads throughout the country. This resulted in Md Abirul Islam of Dhaka City College winning the first ever Silver Medal from the International Olympiad in Informatics held in 2009 in Bulgaria and that too ahead of all eight contestants from the sub-continent of whom four were from India and three from Sri Lanka. This year in Italy, Dhananjoy Biswas and Bristy Sikder won Bronze medal for us compared to a single Bronze from India. Moreover, Bristy was awarded for being the best among female contestants. Bangladesh has the best girl computer wizard  of the world!

Unfortunately, although none of our universities of this 8th most populous country of the world  can make into any respectable list of top universities, our students of this advanced technology have always placed us in the list of the top 100 universities or less. Not only BUET, other universities like NSU, AIUB, DU, EWU and SUST have also placed themselves in this super league. In 2009 there were five teams in ICPC World Finals from this sub-continent of which three were from Bangladesh! Not only that the two teams that were ranked are also from the soil of Bangladesh - BUET and DU. Not only that, BUET also became runner-up in Java Challenge by beating teams of many famous universities. In addition to these, our students have earned a reputation by participating in competitions arranged by Topcoder, Codejam, Codechef and other online contests. In 2006, 100 top programmers of the world were selected for a contest in New York. There was one from Bangladesh named Istiaque Ahmed of BUET and he was adjudged 79th! In recognition of these programming skills of our students, companies like Microsoft and Google are offering coveted jobs to our students who are yet to graduate! In the list of offers it is not only BUET students but also students from Jahangirnagar University, DU, NSU, AIUB and NSU are getting these jobs. This year Mashuq, Manzurur Rahman Khan, Sanny, Nafi, Riyad, Enjam, Aumy of BUET, Arifuzzaman of JU, Muntasir Azam Khan of NSU have been offered these jobs. These are recognitions of the fact that our students have earned commendable programming skills. 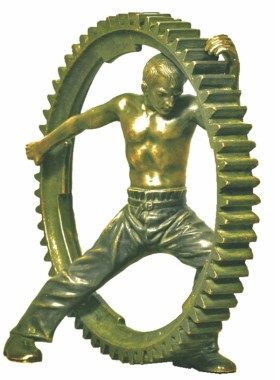 In undergraduate courses IITs take 45 students with  some 30 teachers, each of whom is a doctorate degree holder. At BUET our intake is 120, our faculty strength is around 36/37 of which only half are doctorate degree holders. The situation in other universities may not be as good. Our laboratories are not enriched either. In that sense our achievements cannot be neglected. Moreover, we also involve ourselves and inspire our students to organise CSE days, project shows, programming contests to increase the ICT skills of our students. 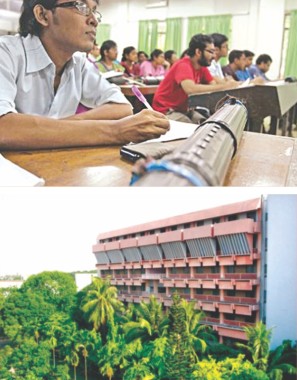 On the 8th of December 2012 Daffodil International University organised Asia region Dhaka Site contest at Hotel Radisson Blu with the participation of some 150 teams of whom three were from abroad. In this contest three times world champion Shanghai JiaoTong became champion. BUET team of Riyad, Hafiz and Proshanjit became runner-up, solving an equal seven problems. In the top 20 teams, there are teams from nine universities that indicates  the spread in interest of students across the country. DU Angry Birds team did bring to the attention of judges some problems without which many teams, their opponents,  would have suffered heavily in solving  a particular problem. This is the kind of morale upheld by our students even in competition! Hats off to DU Angry Birds.