Investigators glean it from Boma Mizan; Huji too received training from the RSO
Julfikar Ali Manik 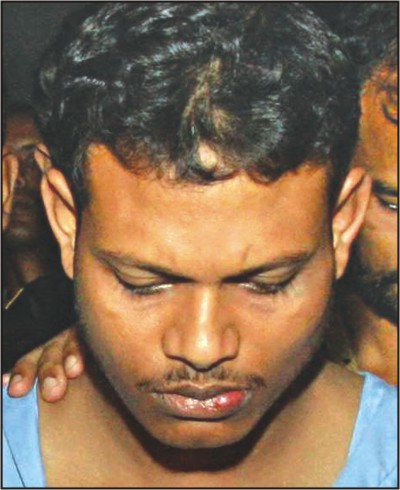 Jama'atul Mujahideen Bangladesh (JMB) had close links with Rohingya Solidarity Organisation (RSO), an insurgent group in the Arakan state of Myanmar, JMB's explosives expert 'Boma' Mizan revealed in interrogations.
Sources close to Rab interrogators said Mizan and some other JMB operatives received training from RSO arms experts in a camp near Myanmar border in 2002.
Now executed JMB chief Shaekh Abdur Rahman sent them for the training. In exchange for the firearms lessons, JMB trained Rohingyas to improvise and set off bombs.
Harkat-ul-Jihad-al Islami (Huji) Bangladesh, another outlawed Islamist outfit, too had strong connections with RSO.
Officials from the police, Rapid Action Battalion (Rab), Criminal Investigation Department (CID) and some intelligence agencies have been quizzing Mizan, who was captured by Rab on May 14, and is now on a seven-day remand.
The sources said JMB military wing's former chief Ataur Rahman Sunny and activist Galib are among those trained by the Rohingyan arms experts.
Sunny was executed in March 2007 along with five other militant kingpins including his brother Abdur Rahman and JMB operations commander Siddiqul Islam alias Bangla Bhai. Galib is behind bars.
"Mizan said the training by RSO was conducted somewhere in Chittagong hill tracts and lasted 10 days. He has yet to give further details," an investigator told The Daily Star in return for anonymity.
Mizan and the others, who took training from RSO, later trained JMB operatives across the country, said the investigator.
Shaekh Abdur Rahman himself used to be in charge of liaison with RSO. He would also maintain ties with Huji.
Lately, some individuals claiming to be former Huji men told this correspondent that in the late 80s and 90s many of their fellow operatives took arms training from Rohingya rebels.
They said the RSO men trained the Huji operatives in greater Chittagong, particularly in deep forest of the hill districts.
RSO had some make-shift camps for their shelter and training. A good number of RSO-trained Huji cadres, they added, went to Myanmar to fight for the Rohingyas, ethnic Muslims of northern Arakan.
Sources said Huji took RSO help also in securing weapons and funds. The Rohingyan group had extensive supplies of arms, and for funds it would count on a number of Muslim-majority countries especially those in the Middle East.
Meanwhile, an investigator said Mizan had received explosives training from JMB bomb expert Shakil alias Mollah Omar, and in turn taught around 25 JMB operatives how to make and detonate bombs.
Omar got killed in a shootout with Rab and three of his family members in explosions meant to resist the raid on their hideout in Comilla town on March 13, 2006.
He was trained by Shaekh Rahman, who had received training in explosives from militant organisations in India, Pakistan and Afghanistan.