Exciting times ahead for Samia Said 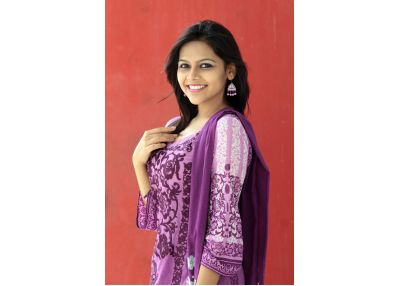 A dreamy eyed Samia, this year's 'Lux Channel i Superstar', recently returned from Singapore where she performed at a glitzy prize giving ceremony.
Soon after her return from Singapore she has been busy shooting for the TV play “Increment”, to be telecast during Eid. The play has been directed by Alvi Ahmed.
“Acting for the fist time is certainly very exciting and adventurous,” said an elated Samia. “It is very difficult to put that experience into words.”
Talking about the storyline of the TV play Samia explained that it is all about the nitty grittys of the corporate world, and here she plays a negative character.
Meanwhile Samia has her hands full for the upcoming Eid. She is simultaneously shooting in Barisal for another play, titled “Palatak Shomoy”, directed by Animesh Aich.
“Shooting outside the capital is quite interesting and full of fun,” said Samia.
Besides single episode plays, Samia is also working on new serials. But she will disclose the names only once they are finalised she added.
“Slow and steady wins the race, and I want to move ahead at a slow pace,” added Samia smilingly.
Where will she be spending her Eid? Samia informs that she will be in Dhaka with her parents. She wants to enjoy Eid to the hilt with her family.