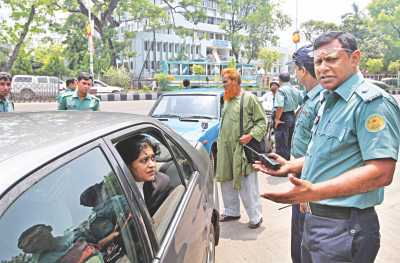 Security on the High Court premises was beefed up yesterday at the news that the top BNP leaders accused in the Secretariat blast case might appear to obtain bail. Photo: Amran Hossain