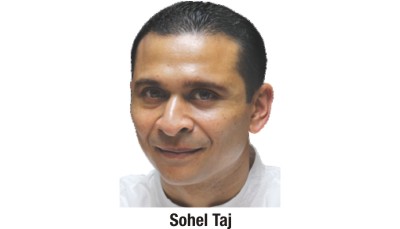 Tanjim Ahmad Sohel Taj, son of the country's first prime minister Tajuddin Ahmad, resigned as lawmaker yesterday and declared that he would no longer be involved in active politics.
On May 31, 2009, he stepped down as state minister for home following what he told his close aides was a row with a cousin of Prime Minister Sheikh Hasina.
But the premier on Thursday said Sohel was still a state minister as she did not accept his resignation, apparently prompting him to leave his parliament membership.
Two days before Hasina's comment, Sohel Taj demanded that the government issue a gazette notification on his resignation as state minister, as he thinks his dignity and the image of the government as well as the prime minister were tarnished for not doing so.
He also said the government must take back around Tk 40 lakh deposited in his account as remuneration and allowances for the post.
The resignation of this young politician, who was elected from Gazipur-4 constituency in 2001 and 2008 national polls, came as a shock to Awami League leaders and workers and ordinary people.
Many believe his quitting as MP would create further crisis for the government, which is already grappling with some critical issues including continuous agitation by the main opposition BNP.
In his resignation letter to Speaker Abdul Hamid, Sohel Taj said, “My constituency is 197, Gazipur-4 (Kapasia). I submit my resignation letter to you under section 67 (2) of the Constitution of People's Republic of Bangladesh.”
In an open letter to his constituents as well as the countrymen, he said, “I have resigned from the posts of MP and state minister on justified grounds.”
Abu Kawser, assistant personal secretary of Sohel Taj, who is currently living in the US, submitted the resignation to the Speaker's office around 10:25am. Mohammad Shamim, an official, received the letter, Kawser told The Daily Star.
Sohel Taj was present on 88 out of 288 working days of this parliament's sessions.
Deputy Speaker Col (retd) Shawkat Ali termed Sohel's resignation sad.
“If an MP feels that he cannot discharge his responsibilities with dignity, he can resign from parliament. But it's not necessary that other lawmakers will follow suit,” he said, talking to reporters at his residence on the Jatiya Sangsad premises in the afternoon.
The Daily Star yesterday also talked to Agriculture Minister Matia Chowdhury and Communications and Railways Minister Obaidul Quader to know the government reaction.
Matia, also an AL presidium member, said Sohel thought he was not duly serving the people of his constituency and this could be the reason for his resignation.
The minister, however, dismissed that the government would be in crisis following his resignation. “Our leader, the prime minister, did not lack sympathy for the family members of the four national leaders [including Tajuddin].”
Quader, also a presidium member of AL, said it was not good news for him. The formal reaction would come from the government after Sheikh Hasina returns from Qatar today.
Meanwhile, some lawmakers expressed their sadness over their colleague's resignation.
"I am deeply saddened. This resignation of a parliamentary colleague and a model public representative is a huge loss for all of us,” AL lawmaker Saber Hossain Chowdhury told The Daily Star.
“Strict principles, firm convictions and a clear sense of what is right and what is unacceptable are family traits that run deep in him. At a time when these values are increasingly at a premium, his resignation could not have come at a worse time.”
Saber added Sohel Taj has so much more to offer to Bangladesh. “I hope he will not disengage and withdraw himself completely from the political process."
Another lawmaker said the government should have engaged someone to talk to Sohel to keep him in parliament and in the cabinet. “It seems none took the initiative. It is sad,” he said, preferring not to be named.
The people of Kapasia, the constituency of Sohel, are upset about the resignation of their lawmaker. Many of his supporters became emotional hearing the news.
Local leaders of AL were wondering what was behind his resignation.
Azgar Rashid Khan, president of Kapasia AL, said the people of Kapasia could not accept this. “The reasons why he has resigned are not clear to us as he did not discuss the matter with any of us.”