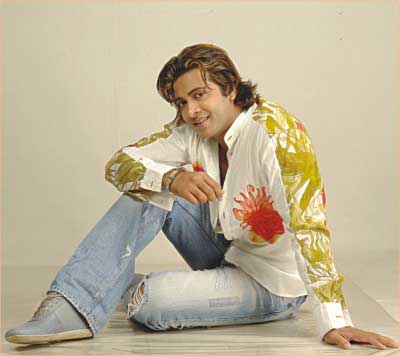 Shakib Khan won the Best Actor National Film Award- 2010, for his performance in the movie “Bhalobashlei Ghor Badha Jae Na”. The most popular and sought-after movie star of the time, Shakib Khan has the ability to make an instant hit of any film he stars in. The prominent actor has also been elected as the president of the Cholochitro Shilpi Shamitee. Shakib Khan recently talked to The Daily Star about his winning streak.
How do you feel after winning the National Film Award for the first time?
Shakib Khan: There are no words to express my feelings. Winning the prestigious award for the first time is truly a special experience. It made me feel that all my effort has not gone in vain. I'm grateful to the audience and fans, the Jury Board who considered me worthy of the honour and the director of the movie.
“Bhalobashlei Ghor Badha Jae Na” won awards in seven different categories. Your view?
Shakib Khan: It's not an easy task for a single movie to scoop seven different National Film Awards. I'm very proud to be a part of the effort. I believe that any good work will get due recognition.
As an artiste, how do you view winning the award?
Shakib Khan: Obviously,in a very positive light. I believe the National Award is an inspiration for me, as it is a state honour. But the love of my fans is my true award. Tell us about your ongoing movies. Shakib Khan: I'll be staying in Cox's Bazaar for the rest of this month for the shooting of “Dhaka to Bombay”.
How will you celebrate your birthday on March 28?
Shakib Khan: I'll be busy shooting in Cox's Bazaar. But the shooting unit will probably arrange something in the evening. However, I will miss my parents very much. I'm also expecting my fans, well wishers and close ones to wish me over the phone.
Tell us about your latest movie which was released last week?
Shakib Khan: “Ek Takar Denmohor” where I starred opposite Opu Bishwash , was released last Friday. It's a movie with a good storyline. Commercially, it's doing pretty well.
Recently another movie “Amar Challenge” was released. How do you view that?
Shakib Khan: Yes. I feel that “Amar Challenge” was one of the most significant films that I did in my career. I had high hopes when the shooting began. The producer and director of the movie are the same as the film “Priya Amar Priya” which was my most commercially successful film.
How do you feel about your packed shooting schedule?
Shakib Khan: I consider my busy schedule as positive. I carry out my shootings just as an office goer carries out his duties everyday. I think I would be very unhappy if I had too much time to relax.
Tell us about your future plans.
Shakib Khan: Although I had been doing an average of 15 films a year up till now, I'm planning to do less than 12 this year. Before signing any new project, I will go through the scripts more carefully. I will not be working on Fridays.
What do you feel about the allegation that contemporary movies lack a story?
Shakib Khan: This allegation is not applicable for all movies. Many of the films have a very good storyline. The viewers are heading to the cinema halls because of this. I can say that the story of the recent movie “Ek Takar Denmohor” is brilliant.