Past of Ctg holds hope for economy 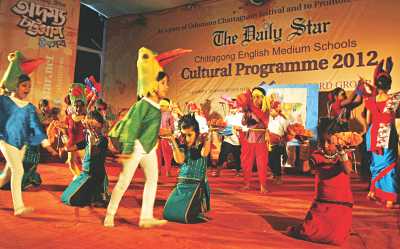 A dazzling performance by little stars at a programme arranged in the port city yesterday as part of The Daily Star Odommo Chattagram festival and to promote Bangla culture. Photo: STAR