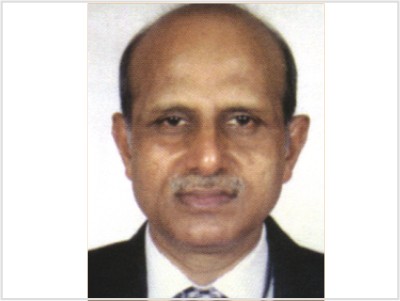 Justice Md Muzammel Hossain, a senior judge of Appellate Division of the Supreme Court (SC), has been appointed as the 20th chief justice of Bangladesh.
President Zillur Rahman yesterday made the appointment as per article 95(1) of the constitution.
The appointment will come into effect on May 18 this year, as present Chief Justice ABM Khairul Haque will retire on May 17.
Justice Muzammel Hossain was born in Kishoreganj in 1948.
He was enrolled as an advocate of the District Court and the High Court (HC) Division of SC in February, 1971 and 1978 respectively.
Later he was elevated to the post of judge of the HC Division on April 27, 1998, and judge of the Appellate Division on July 16, 2009.
During his judgeship period in the Appellate Division, Justice Muzammel delivered a number of landmark judgments including those on the killing of Bangabandhu Sheikh Mujibur Rahman and the 5th and 13th amendments to the constitution.
Muzammel Hossain obtained LLB degree in 1970, MA degree in Journalism in 1971 from University of Dhaka (DU), LLM degree from University of Sheffield, UK in 1977 and Barrister-at-Law from Hon'ble Society of Lincoln's Inn, London, UK in 1980.
He participated in a seminar on Racial Equality in UK in 1976, a conference at UK on “The Courts of the Commonwealth and Judicial Precedent in the Commonwealth” in 1977 and the Saarc Law Conference in Pakistan in 1977.
The senior justice also worked as a law faculty at University of Miadiguri in Nigeria, a professor at City Law College, Dhanmondi Law College and Bhuiyan Academy in Dhaka, and an examiner of both LLB (Hons) and LLM Examinations at DU.
He visited many countries including India, Nigeria, Pakistan, Qatar, Russia, Saudi Arabia, UAE and UK.
The newly appointed chief justice will retire on January 16, 2015.