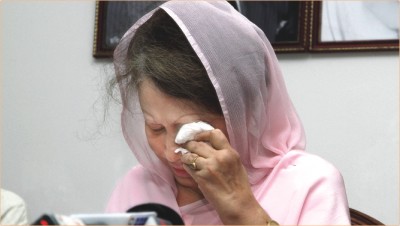 Khaleda Zia, leader of the opposition in parliament, breaks down at her Gulshan office yesterday during a press briefing called after “she was evicted from her cantonment house”. Photo: Amran Hossain