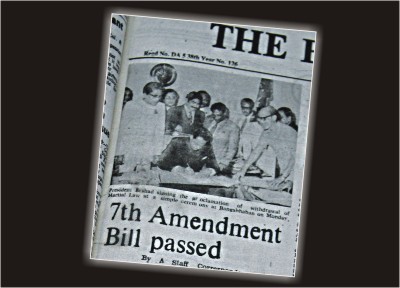 News and photo on the passage of the seventh amendment bill carried by The Bangladesh Observer in its November 11, 1986 issue. File photo