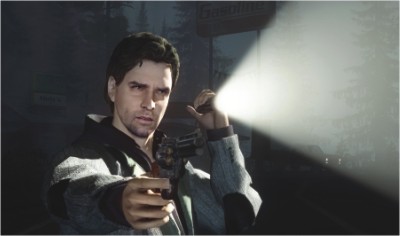 Ask most video-game designers about their inspirations and they'll mention other games. But Sam Lake, the lead writer of Microsoft's "Alan Wake," drew more from books especially Stephen King's.
"The setup of the game a best-selling but troubled writer whose dark work of fiction starts to come true, blurring the line of nightmares and reality is a very Stephen King type of a starting point for a story, so King's works were definitely a source of inspiration for us," says Lake, whose script name-checks the horror master right at the start.
But King isn't the only author on Lake's shelf. He also cites Paul Auster's "The Book of Illusions," Bret Easton Ellis' "Lunar Park" and Mark Z. Danielewski's "House of Leaves," all of which tackle questions of reality vs. illusion.
The setting for "Alan Wake" a quirky small town in the Pacific Northwest will remind many players of "Twin Peaks," and Lake welcomes the comparison, praising "the creepy atmosphere and the humor to balance that out" in David Lynch's landmark TV series. Lake says he and the other developers at the Remedy Entertainment studio are also big fans of "Lost": "It's a very good showcase of thriller pacing done right within a TV-series context."
Indeed, "Alan Wake" has the feeling of a TV drama: It's divided into "episodes," each beginning with a "Previously on 'Alan Wake'" recap.
Online: http://www. Xbox.com/AlanWake