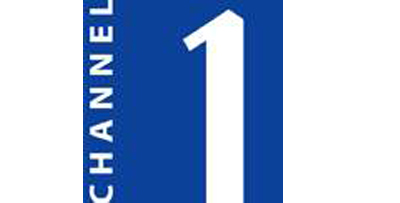 Private television Channel 1 went off-air yesterday after regulators stopped its transmission for using rented broadcasting equipment in violation of the law.
A three-member team of Bangladesh Telecommunications Regulatory Commission went to Channel 1 office on Uday Tower in Gulshan at 6:30pm and switched off its transmission. The channel was broadcasting its 6:30pm news bulletin.
The BTRC said Channel 1 had sold off its broadcasting equipment and has been using machinery owned by another company. "But as per law, the licensee must own the equipment," said Post and Telecommunications Minister Rajiuddin Ahmed Raju.
The government cannot tolerate such unlawful activities, he told journalists at the secretariat.
However, Channel 1 authority told the media that the bank auctioned its equipment and a company won the bid, the auction winner has not yet made the payment. So, the channel still owns the equipment.
Talking to The Daily Star, BTRC Chairman Zia Ahmed said the One Entertainment Ltd, owning company of Channel 1, took a loan of Tk 24 crore from Prime bank in 2005 mortgaging the broadcasting equipment. The bank put it up for auction as the channel failed to pay back the loan.
Later, a company named Peoples Entertainment Ltd bought the equipment, but as per the Telecommunication Act 2001, radio equipment is not transferable to anyone who does not have a licence issued by the BTRC, said Zia.
The act has a provision for sentencing anyone who violates the law to 10 years in prison or imposing a fine of Tk 10 lakh or both.
The BTRC has found that the Channel 1 authority paid off its bank loans by selling the equipment to another company through an auction arranged by the bank. The channel then rented the same equipment to air its programmes.
Prime Bank, when reached, refrained from making any official comment on the status of the auction.
The employees of Channel 1 broke down in tears after the channel was sent off-air. They had repeatedly urged the BTRC team not to shut down the channel and go for alternative action if there are any irregularities.
The Channel 1 management claimed that they replied to all BTRC notices in time.
The BTRC issued the last show-cause notice to the channel on April 14, asking it why the channel will not be shut down.
"We replied properly to all the BTRC notices," said Channel 1 Director Mazidul Islam at a briefing.
"We are also ready to reconstitute the management if the government wants," he said.
He said they filed a case against Prime bank for arranging the auction, but the court judgment came against the channel.
He said the Prime Bank recently informed the Channel 1 management that the broadcasting equipment was not yet handed over to the bid winner as the payment was not made.
Channel 1 was established on June 1, 2005. It started broadcasting on January 24, 2006 with 400 employees. The channel's founder Giasuddin Al Mamun is known as a close associate of BNP chief Khaleda Zia's son Tarique Rahman.
Asked if there is any political intention behind shutting down the channel, minister Raju said, "We are not considering who the owners of the channel are."
He said the Channel 1 authority failed to give satisfactory replies to the BTRC notices.
The private television industry has been flourishing in Bangladesh since mid-1990s.
However, suspension of TV channels' operation is not new.
In August 2002, the government shut down the operation of ETV. The last caretaker government shut down broadcasting of news channel CSB in September 2007. The present government suspended operation of Jamuna Television in November 2009 during test transmission.